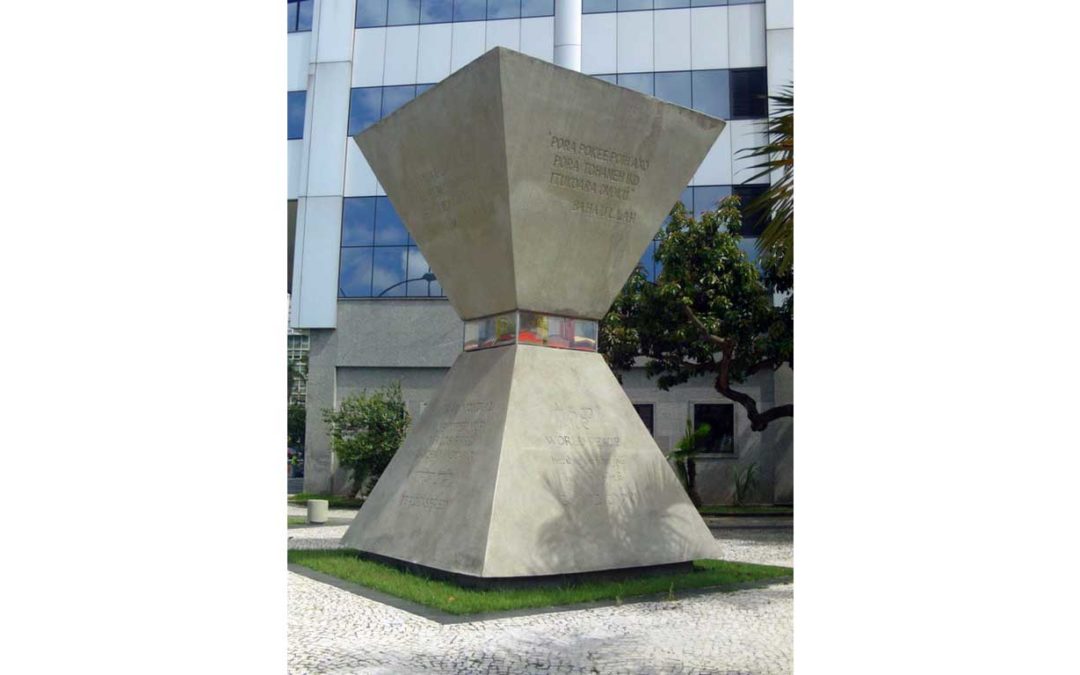 The Monument to World Peace is located near the entrance to the Santos Dumont Airport in Rio de Janeiro, the site of the 1992 Global Forum, a conference of non-governmental organizations held during the 1992 Earth Summit (formally known as the United Nations Conference on Environment and Development.) Conceived of and donated by the Baha’i International community, the monument is composed of two pyramids, one inverted on top of the other, creating an hourglass shape that serves as a reminder that time is running out for humanity to unite in a spirit of global cooperation.

Etched in four languages on the four sides of the upper pyramid is a quote from Baha’u’llah: “The earth is but one country and mankind its citizens.” The quote is displayed in English, Portuguese, Chinese and Terena, an indigenous language of Brazil. The soil of 42 nations was deposited in the monument at its inauguration during one of the closing ceremonies of the Earth Summit; many of the samples were taken from sacred or historic sites. Soil samples have periodically been added; it now holds 150. The five-meter concrete and ceramic monument was designed by the renowned Brazilian sculptor Siron Franco.