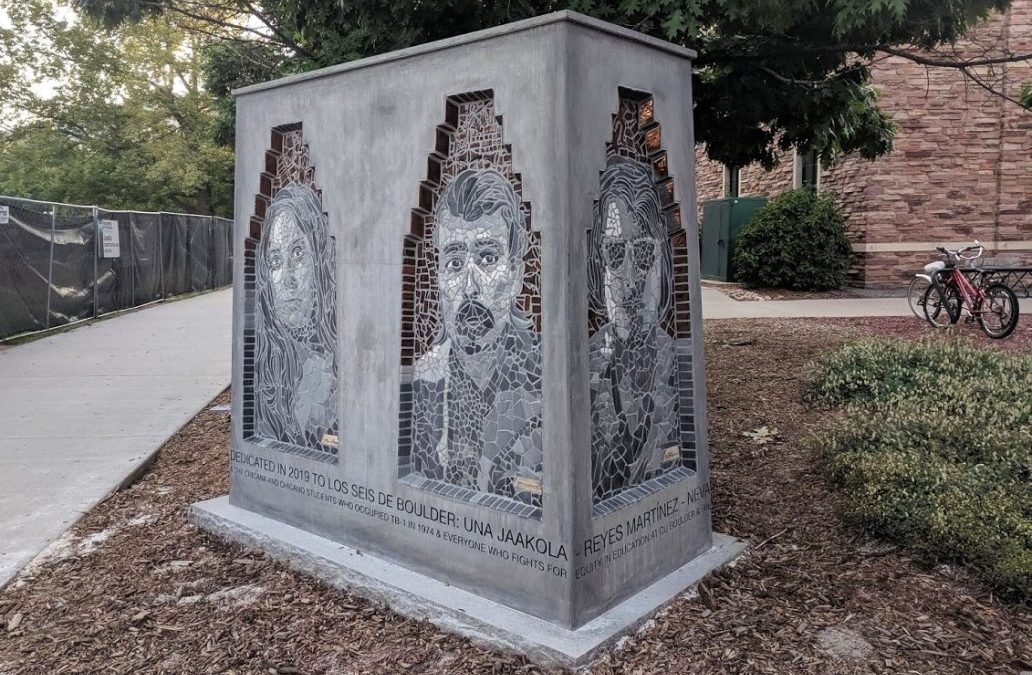 Awakened Mexican-American students were changing the culture at the University of Colorado Boulder campus, as they were nationwide, and the administration didn’t like it. In 1973, in apparent retaliation, they cut off the financial aid of the students who had come to campus through the United Mexican American Student Program and Migrant Action Program, many of them members of the United Mexican-American Students organization, founded in 1968. (It is now known as UMAS y MEXA.) In response, the students briefly occupied the college’s administration building, and their financial aid was restored. The next year the cycle was repeated. This time the students occupied a temporary building on campus. In the midst of the occupation two car bombs exploded.

On May 27, 1974 a car bomb killed two alumni, Reyes Martinez and Una Jaakola, and CU Boulder student Neva Romero. Two days later another car bomb killed alumni Freddie Granado and Heriberto Teran, and a student planning to transfer to CU that fall, Francisco Dougherty. A fourth man injured in the explosion, Antonio Alcantar, lost his leg. No one was ever charged in the murders. They became know as Los Seis de Boulder, The Boulder Six.

In 2017 Canadian MFA ceramics student Jasmine Baetz learned about the incident and was disappointed that there was nothing on campus to commemorate it. Interested in socially engaged art, she approached UMAS y MEXA and over the course of the next two years engaged hundreds of students, faculty, staff, community members and family members of Los Seis in designing and constructing a monument.

The result is this monument, depicting the six murdered students in a mosaic set in concrete. It is situated outside the temporary building the students occupied and was dedicated on 6 August, 2019. For now it is temporary, intended to remain in place for six months, but negotiations are underway to make it a permanent installation.

The Chicano movement and the murders were previously commemorated on the Boulder campus by a mural in the student center (pictured below), installed in 1987, but it was removed when the facility was renovated.