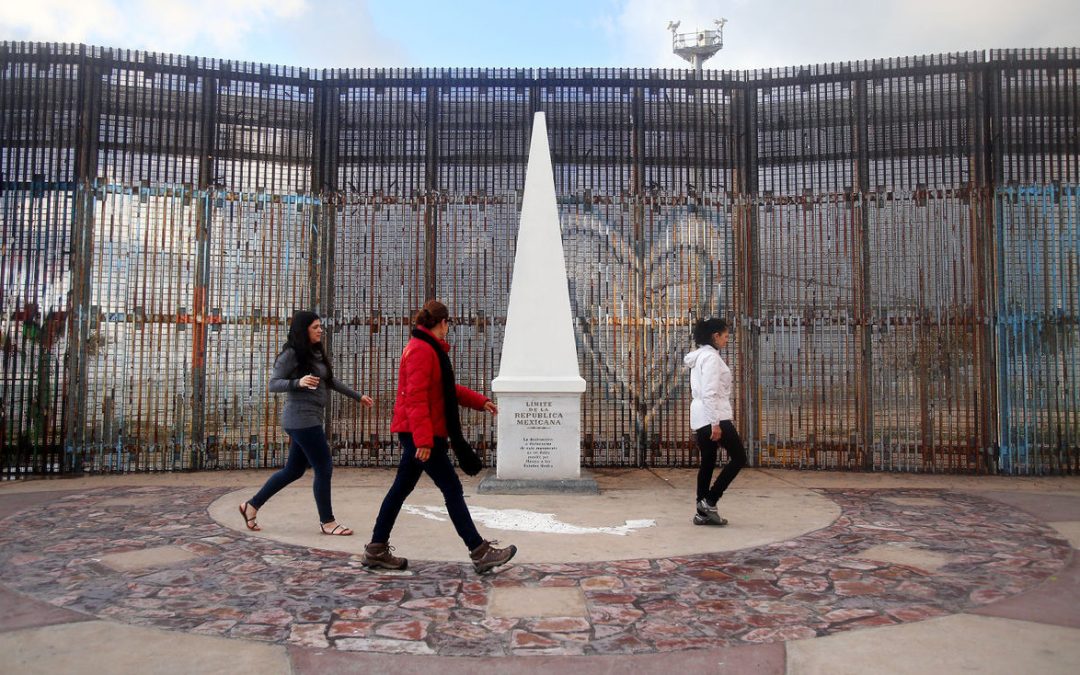 The Initial Point of Boundary Between U.S. and Mexico, Monument No. 258, was first established as a cairn of rocks in 1849 following the signing of the Treaty of Guadalupe Hidalgo. A white marble shaft was manufactured in New York, transported around Cape Horn to San Diego, and erected and dedicated at the site in Imperial Beach in June, 1851. The marble obelisk rested on a marble pedestal and was topped an inverted acorn to symbolize the strength and stature of the California live oak tree. By 1894 the monument had become so mutilated by visitors that its outlines were nearly destroyed and its inscriptions partly obliterated. The monument was renovated in San Diego, reconstructed at the site, and protected with an enclosure. Pictured below are the original rock cairn, the 1894 reconstruction and a view of the monument in 1974.

In 1971 Mrs. Pat Nixon, representing President Nixon’s “Legacy of Parks,” turned over 372 acres of surplus Navy land to the people of California as a beach park. Friendship Park is a half-acre bi-national park located, on the US side, within that park. It was declared a national monument and the obelisk itself was re-named as the “US-Mexico Friendship Monument.”

Until 1994, there was no border fence, and anyone could meet on the border under the supervision of the U.S. Border Patrol. In 1994, a 14-mile long fence was constructed on the border between San Diego and Tijuana as part of Operation Gatekeeper, including one in Friendship Park. In 2009, the U.S. Department of Homeland Security closed down Friendship Park and a second parallel fence was created which stretches into the Pacific Ocean that includes barbed wires, sensors, and surveillance cameras. A 20-foot wide border patrol access road was also created, along with a third 20-foot wall of steel bars In late 2011 and early 2012, the “Surf Fence” Project replaced the old bars that form a barrier on the beach and extended it 300 feet into the ocean. The obelisk is now on the Tijuana side of the border.