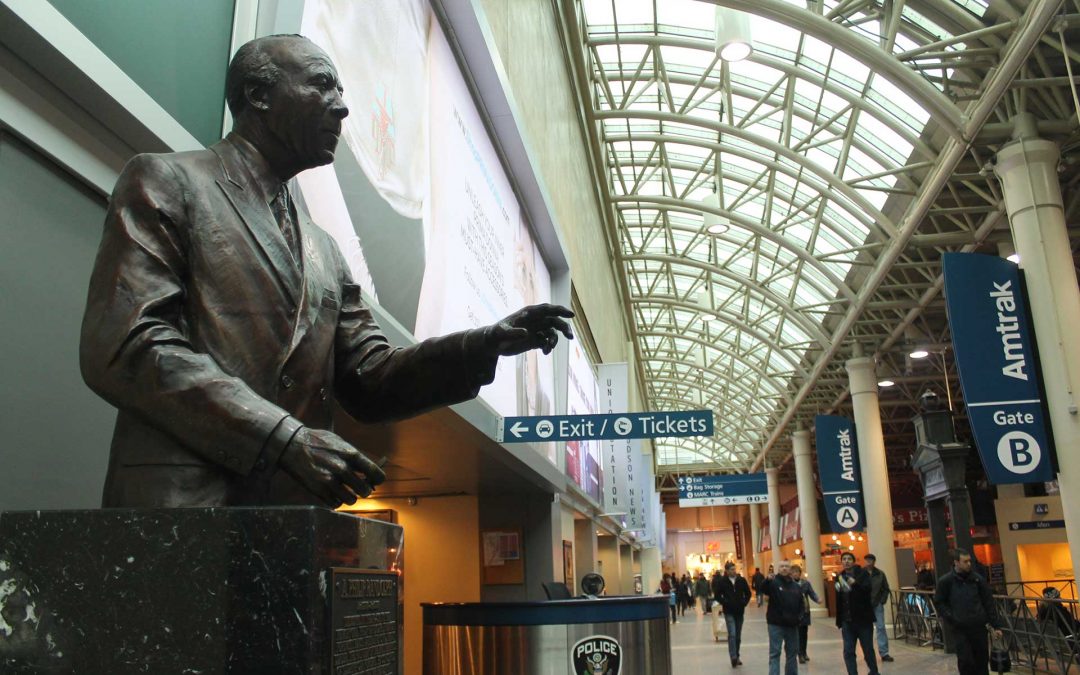 Asa Philip Randolph (1889 – 1979) was a leader in the African-American Civil Rights Movement, the American labor movement, and socialist political parties. He organized and led the Brotherhood of Sleeping Car Porters, the first predominantly African American labor union. His core belief was that that people could only be free if not subject to economic deprivation.

In the early Civil Rights Movement, Randolph led the March on Washington Movement, which convinced President Franklin D. Roosevelt to issue Executive Order 8802 in 1941, banning discrimination in the defense industries during World War II. The group then successfully pressured President Harry S. Truman to issue Executive Order 9981 in 1948, ending segregation in the armed services. In 1963, Randolph was the head of the March on Washington, which was organized by Bayard Rustin, at which Reverend Martin Luther King, Jr. delivered his ‘I Have A Dream’ speech.

The statue pictured above is near the Starbucks at the arrivals platform in Union Station in Washington, DC. The plaque on the statue’s base contains a quote from Randolph, in which he states, “You get what you can take, and you keep what you can hold.” This bronze statue by sculptor Ed Dwight was donated by the AFL-CIO in 1990. Another statue of Randolph, pictured below, is in the Boston Back Bay station. It was installed in 1988. 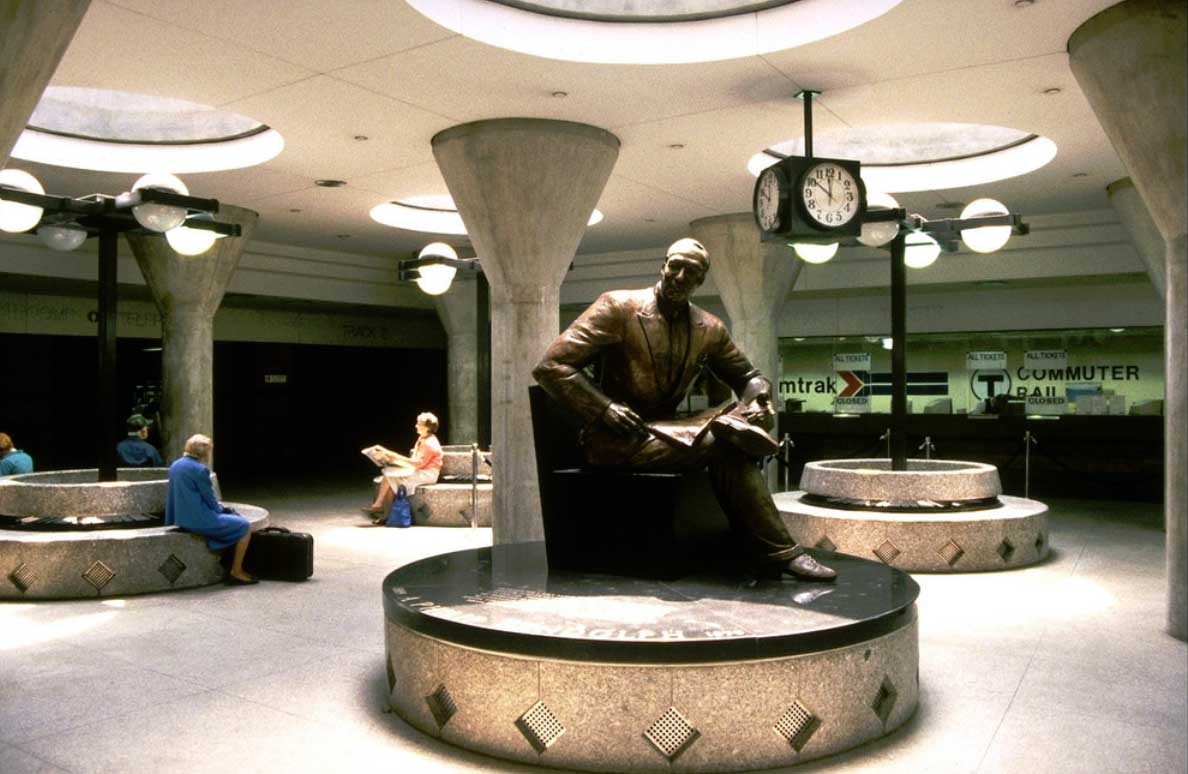