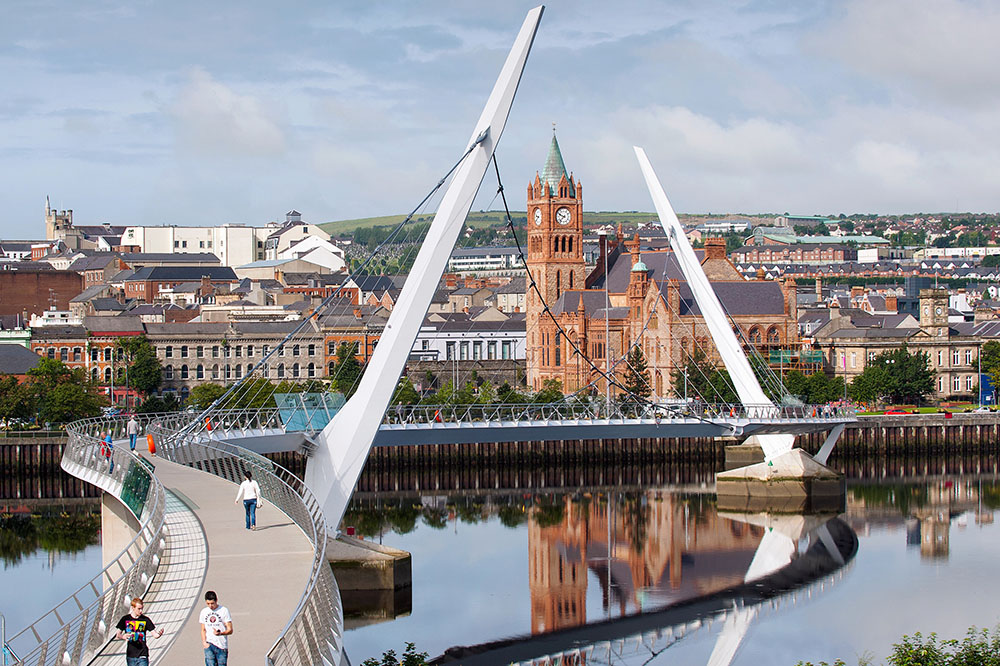 The Derry Peace Bridge over the River Foyle crosses a 400 year old physical and political gap between two sides of a once bitterly divided community. Its two structural arms head in opposite directions, symbolizing the unification of both communities from the opposite sides of the Foyle river, the Unionist (Protestant) Waterside and the Nationalist (mainly Catholic) Bogside. These two opposed and independent arms are now united in a symbolic handshake across the river. The symbolism intentionally echoes the Hands Across the Divide statue, not far away from this bridge.

The bridge links the redeveloped site of the former British army barracks at Ebrington with the historic city center across the water. It is a footpath, running track and cycleway. There are benches along its 235 curved, meter-long span so people can sit and chat, or just watch the river. It opened in 2011.

The £14 million cost was funded by the European Regional Development Fund for Peace. In its first three years, there were more than 3 million crossings.