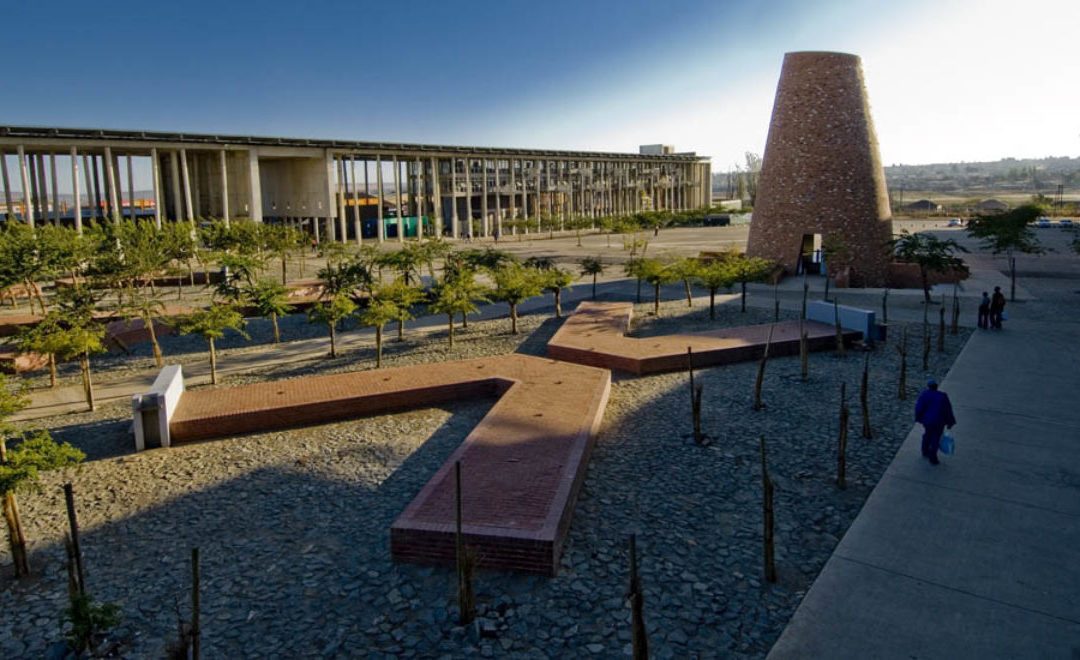 On 26 June 1955, more than 3,000 representatives of resistance organizations made their way through police cordons to gather on a dusty square in Kliptown, 40 kilometers south of Johannesburg. This “Congress of the People” met to draw up the Freedom Charter, an alternative vision to the repressive policies of the apartheid state. That dusty field has now been declared a national heritage site. On 26 June 2005 the then President of South Africa, Thabo Mbeki, lit a flame of freedom in Kliptown to mark the opening of the Walter Sisulu Square of Dedication – and 50 years of the Freedom Charter. Inside the brick tower is the flame surrounded by a circle of concrete slabs with contain the words of the charter. The square is named for Walter Sisulu, a delegate at the 1955 Congress of the People, a major figure in the anti-apartheid struggle and deputy president of the ANC. 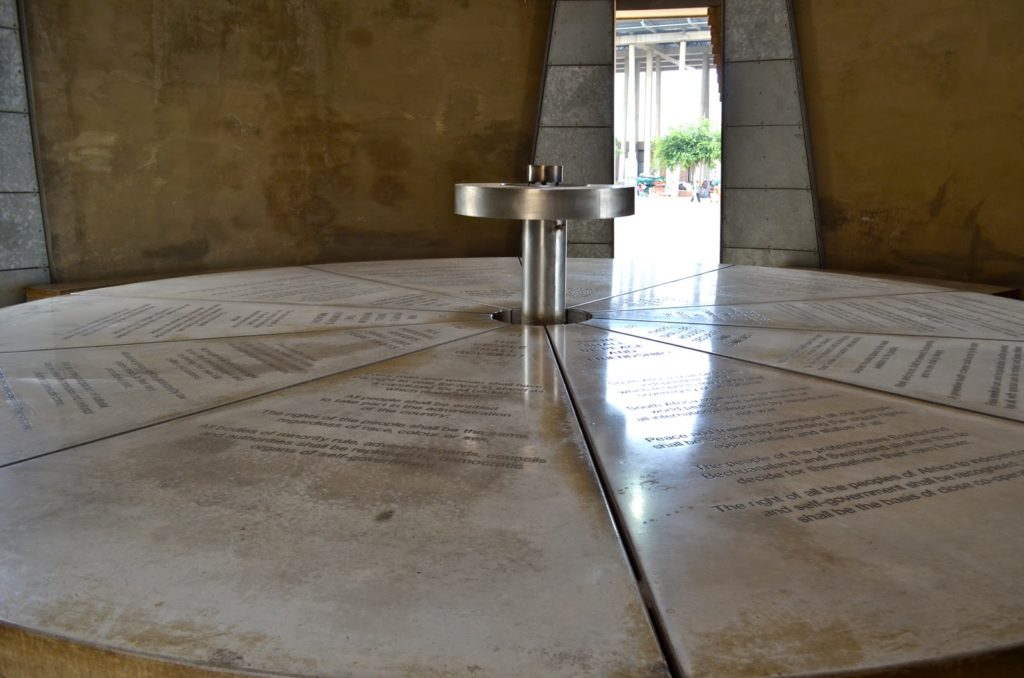