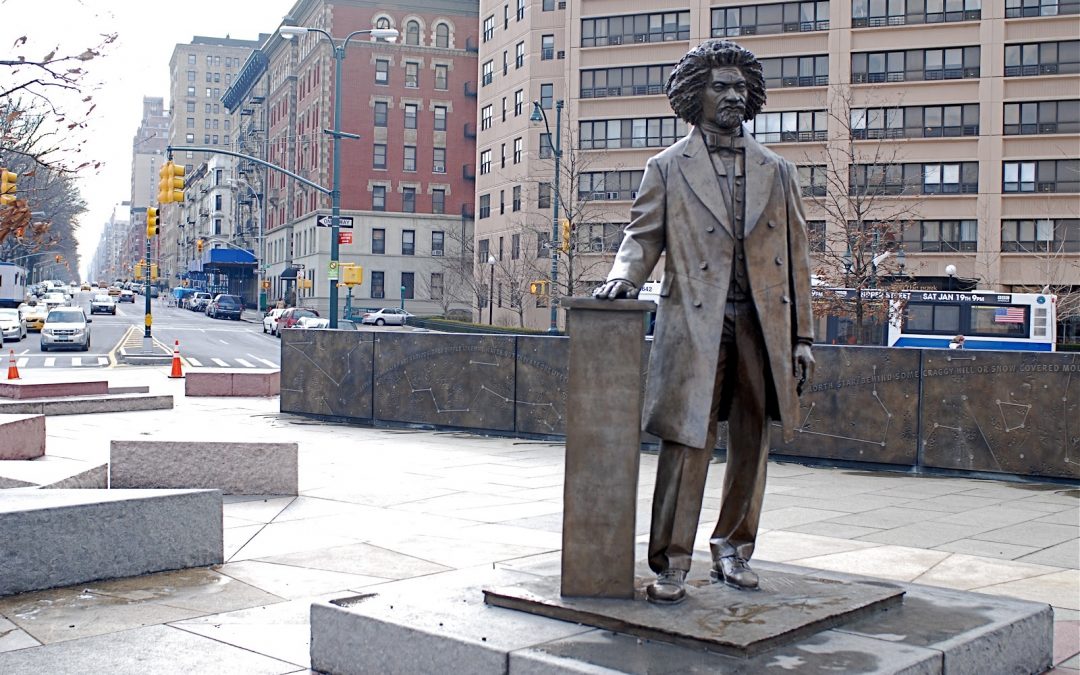 This memorial, located at the northwest corner of Central Park at an intersection known as “The Gateway to Harlem,” honors the African-American abolitionist, orator, writer and statesman Frederick Douglass (1818-1895.) It consists of an eight-foot bronze portrait sculpture by Gabriel Koren, and a large circle and fountain with ornamental and symbolic features designed by Algernon Miller. Miller’s overall design includes granite seating and paving patterns based on traditional African-American quilt motifs, as well as a bronze perimeter fence with a wagon wheel motif.

He also responded to the design competition guidelines with a bronze waterwall depicting the Big Dipper constellation that guided those on the Underground Railroad. 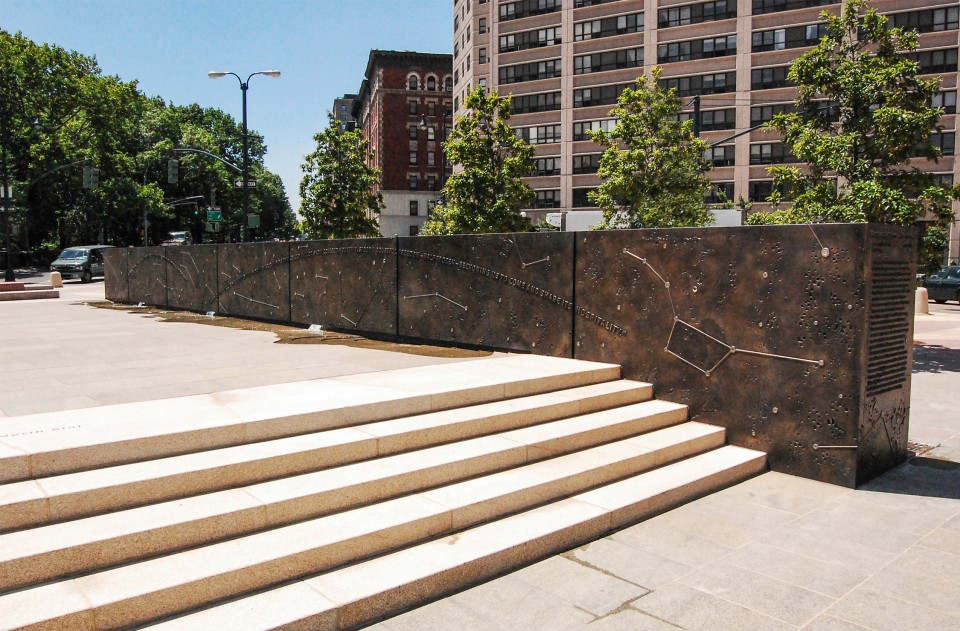 The quotation on the waterwall is from an unpublished 1886 travel diary, when  Douglass toured Ireland, England, France, Switzerland, Italy, Greece, and Egypt seeking evidence to combat scientific racism and discriminatory policies that it justified.  “The types of mankind are various. They differ like the waves, but are one like the sea.”

The circle and memorial opened to the public in June of 2010, and after further improvements were formally dedicated on September 20, 2011. There are eight engraved granite blocks, plus engraving on the waterwall and the pavement. Block 8 reads:

“If there is no struggle there is no progress. / those who profess to favor freedom and / yet deprecate agitation…want Crops without / plowing up the ground…they want the ocean / without the aweful roar of its many waters…POWER / concedes nothing without a demand.” – 1857.

The aerial view below shows the quilt-like pattern of the plaza and was taken before the memorial was completed. 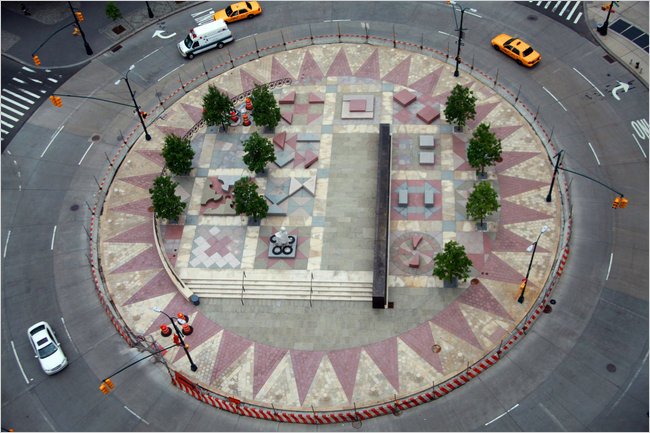 These are the other quotations in the memorial:

granite block 4: “Whatever may be said as to a division of duties and avocations, / the rights of man and the rights of woman are one and / inseparable, and stand upon the same indestructable basis.” – 1851

granite block 6: “Such is my detestation of slavery, that I would keep the merciless slaveholder profoundly ignorant of the means of flight / adopted by the slave. He should be left to imagine himself surrounded by myriads of invisible tormentors…” – 1855 /

granite block 8: “If there is no struggle there is no progress. / those who profess to favor freedom and / yet deprecate agitation…want crops without / plowing up the ground…They want the ocean / without the aweful roar of its many waters…POWER/ concedes nothing without a demand.” – 1857 /

Pavement: Right is of no sex – truth is of no color – God is the father of us all, and we are all brethren / masthead of the north star /