Today, be an extremist for all types of love 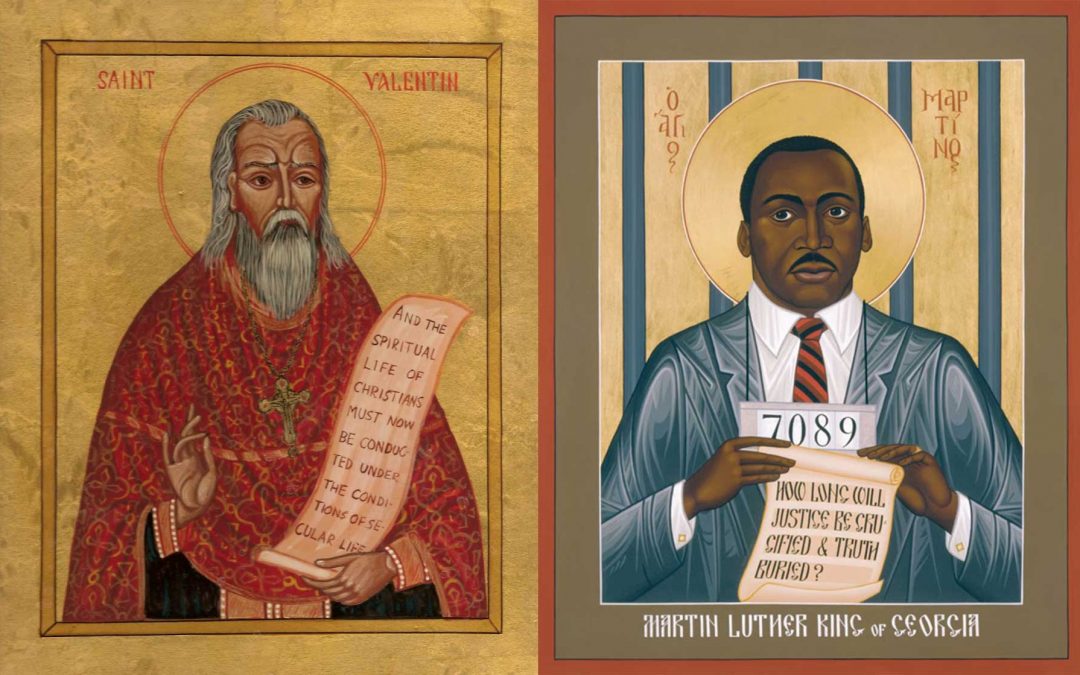 I imagine St. Valentine and Martin Luther King Jr. hanging out in heaven, leaning against the pearly gates, trading war stories — no, make that peace stories. The two martyrs had much in common. Like being thrown in prison for civil disobedience. King’s use of nonviolent resistance is well known. Valentine’s story is less familiar.

According to legend, Valentine was a Christian priest in Rome during the third century. The Emperor Claudius II, so it goes, forbade his soldiers to marry, believing that wives and children distracted his men. Why, some married men refused to go to war at all! Valentine married soldiers in defiance of the emperor’s edict. He was executed Feb. 14, 269, for this brazen act.

Maybe King and Valentine are swapping tales about their time in jail. “Brother, you might think that Roman dungeon was nasty, but just try being a black man in Bull Connor’s jail …”

But where their lives intertwine is in the matter of love.

The third kind of love is agape (pronounced ah-gah’-pay), unconditional love, love that expects nothing in return. Agape, King believed, is the key to nonviolence.

“Nonviolence,” he wrote, “means avoiding not only external physical violence but also internal violence of spirit. You not only refuse to shoot a man, but you refuse to hate him.”

He explained agape this way: “It is an overflowing love which is purely spontaneous, unmotivated, groundless and creative. It is not set in motion by any quality or function of its object. It is the love of God operating in the human heart.”

Agape means loving the unlovable. That’s some kind of a powerful love. King acknowledged that this was a radical position. In his “Letter from Birmingham Jail” he explained, “Was not Jesus an extremist for love: ‘Love your enemies, bless them that curse you, do good to them that hate you, and pray for them which despitefully use you, and persecute you.’”

Valentine was an extremist for love, too. He befriended his jailer, loved his enemy. He would have been familiar with Paul’s letters to the Corinthians, perhaps the most eloquent tribute to selfless love:

Valentine’s Day has been co-opted by commerce, but we don’t have to buy into it. We can use this day to celebrate love in all its extremes: eros, philias and agape. St. Valentine and Martin Luther King Jr. would love that.