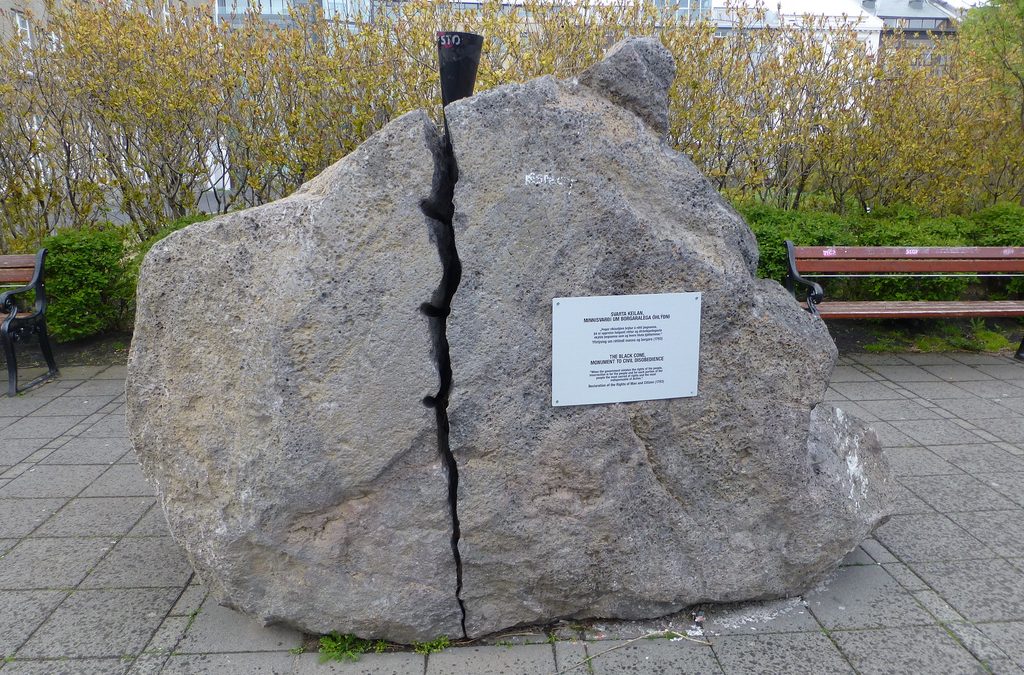 Spanish artist Santiago Sierra premiered a giant piece of rock called ‘The Black Cone, Monument To Civil Disobedience’ in front Iceland’s parliament in January, 2012. Sierra cracked the rock with a black cone, which “alludes to black cone-shaped hats that condemned persons were forced to wear for humiliation during the Inquisition in the 12th century,” according to a press release. It was inspired by the mass protests on Austurvöllur square in front of the parliament in Reykjavík after the banking collapse in 2008. The monument is marked with a plaque bearing a quote from the French Revolution’s Declaration Of The Rights Of Man And Of The Citizen: “When the government violates the rights of the people, insurrection is for the people and for each portion of the people the most sacred of rights and the most indispensable of duties.”