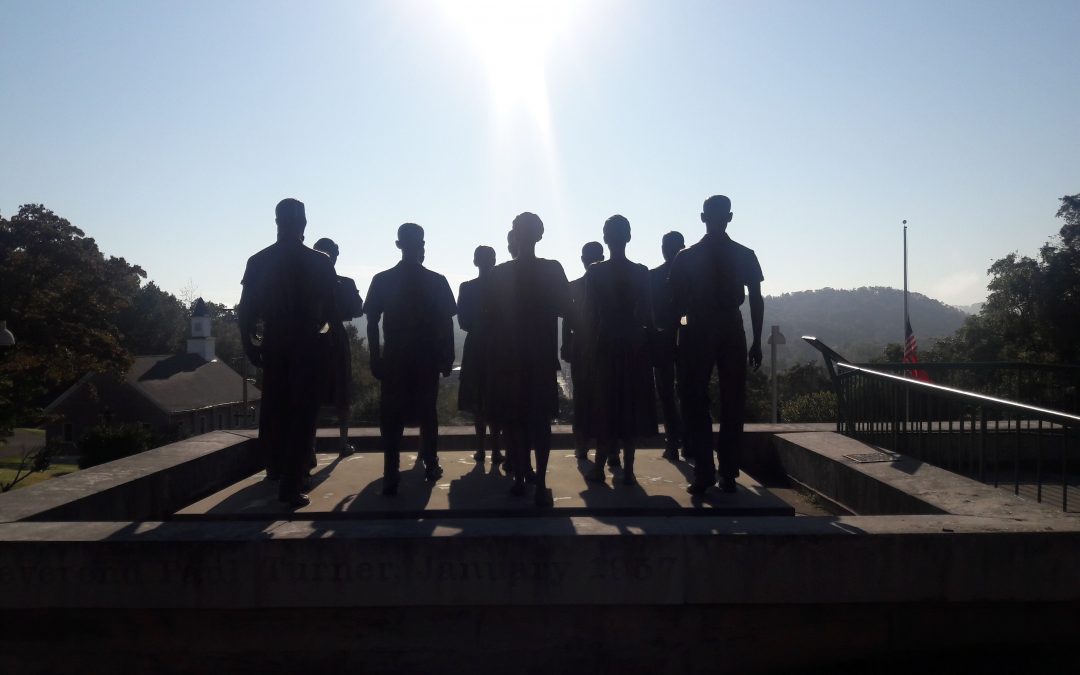 On August 27, 1956, twelve African American young people from Clinton, Tennessee, became the first students to desegregate a public high school in the American South. This was a year before the more famous integration of Little Rock High School in Arkansas.

Black students in Clinton were educated from first through eighth grades at the Green McAdoo Grammar School, which is now a museum and the site of this monument. Junior high and high school students were bused 20 miles to Knoxville, even though Clinton High School was within walking distance of their neighborhood.

Although integration of the school was initially peaceful, within a few days the Ku Klux Klan sent in agitators. When the media started covering the story, thousands of segregationists poured into town.

The Rev. Paul Turner preached a powerful message of hope and reconciliation at the white First Baptist Church, entitled “No Color Line at the Cross.” This excerpt is engraved on the monument:

On election Day, December 5, emotions ran high. The Rev. Turner escorted the Black students to school, and was attacked and beaten. His example, however. called to the conscience of the city and all of the segregationist candidates were defeated.

The monument was dedicated in 2007, on the 50th anniversary of integration. This short video gives a concise explanation of the events of 1956: