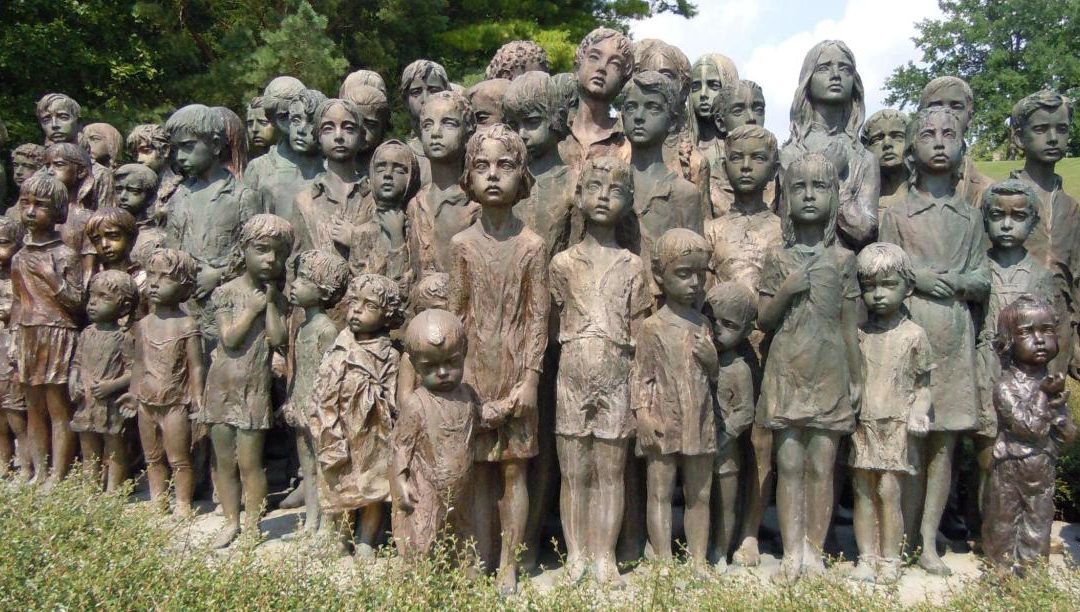 In retaliation for the assassination of a high-ranking Nazi official, every adult male from the village of Lidice (22 km NW of Prague) was rounded up and shot. The women and children were sent to separate concentration camps. The village itself was completely razed.

The memorial that stands today has 82 figures in honor of the 42 girls and 40 boys who were sent to the gas chambers at Chełmno, in Poland. The work took 20 years to complete;  the original artist, Marie Uchytilová, died before it was done. Others stepped in to finish it. The first statues were installed in 1995 and it was completed in 2000.