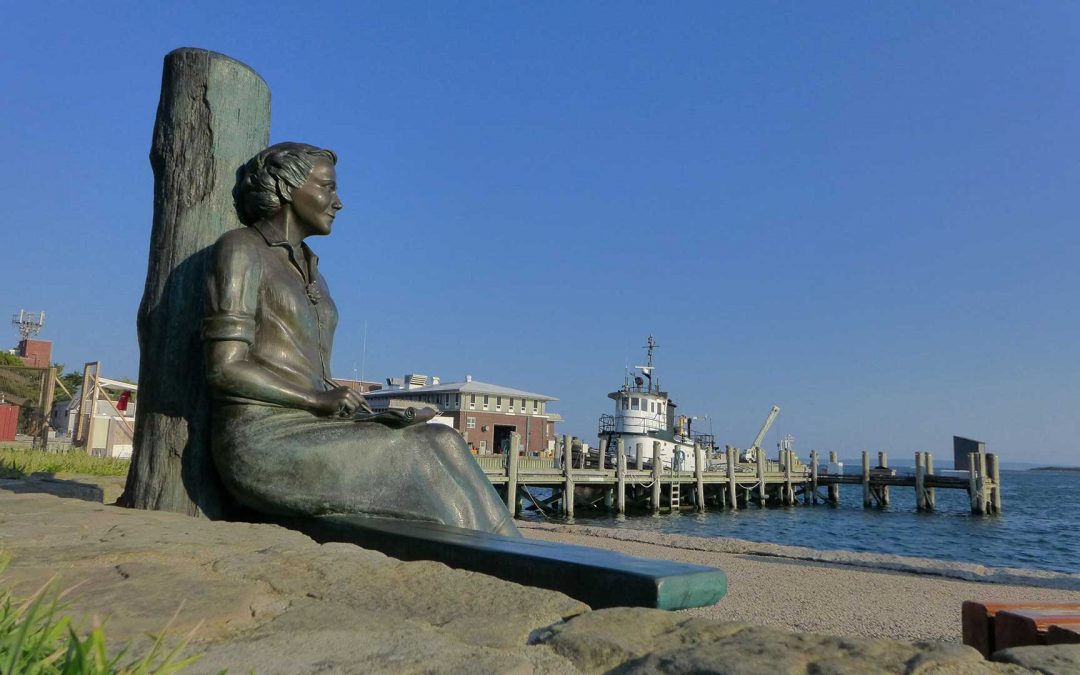 Rachel Carson (1907-1964), an environmental conservationist, author and scientist, is recognized as the mother of the modern environmental movement. Her 1960 book “Silent Spring” details the ecological hazards of post-WWII chemical pesticides. Carson’s dedication led to both popular and governmental concern for the environment, eventually resulting in such things as the Environmental Protection Agency and Earth Day.

The idea for the Woods Hole statue, pictured above, was born, when Falmouth Reads Together chose “Silent Spring” as its community reading project. It was dedicated in 2013. Carson first arrived in Woods Hole in the summer of 1929 shortly after graduating from the Pennsylvania College for Women (now Chatham University.). She worked there as a summer student and later as a seasonal researcher at the Marine Biological Laboratory and returned frequently.

A decade later Carson was employed by the US Department of Fisheries and lived in North Carolina. Her time there is remembered in a 2,300-acre nature preserve just south of Beaufort and by a charming statue, “sense of wonder” pictured below, in the Rachel Carson Wildlife Garden on the grounds of the North Carolina Museum of Natural Science in downtown Raleigh It was dedicated 2002. 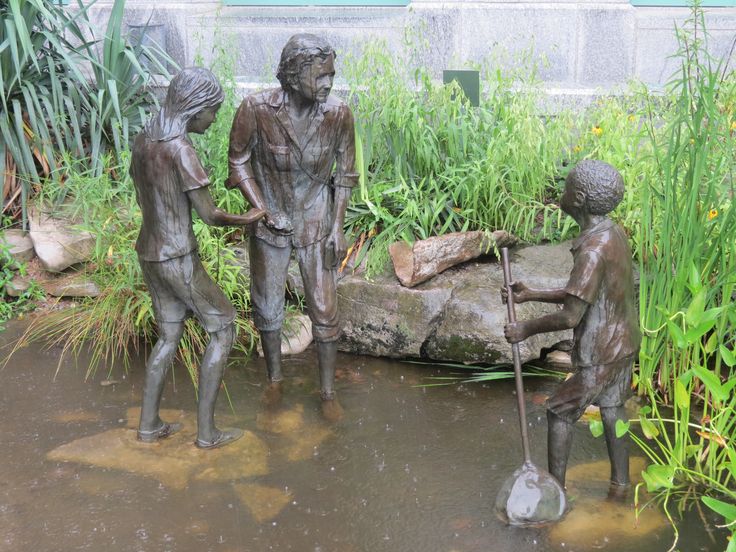