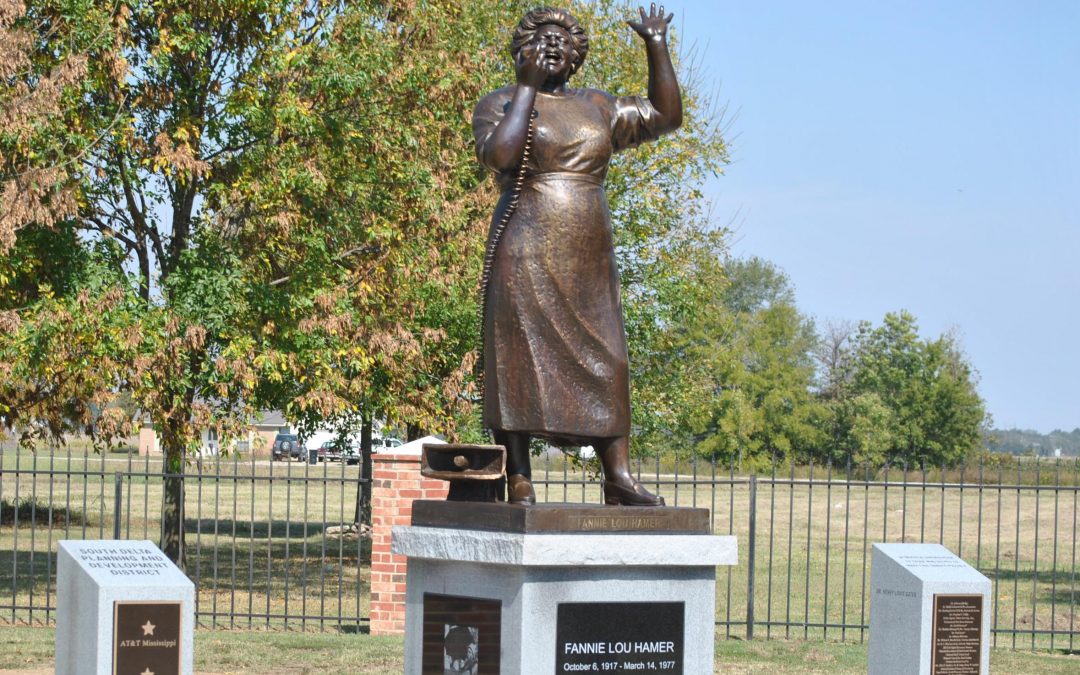 A statue of civil rights activist Fannie Lou Hamer was unveiled in her hometown of Ruleville, Mississippi in 2012. Fannie Lou Hamer, a sharecropper who was evicted when she registered to vote, was an American voting and women’s rights activist, community organizer, and a leader in the African-American civil rights movement. She was the co-founder and vice-chair of the Freedom Democratic Party, which she represented at the 1964 Democratic National Convention. Hamer also organized Mississippi’s Freedom Summer along with the Student Nonviolent Coordinating Committee (SNCC). She was a co-founder of the National Women’s Political Caucus, an organization created to recruit, train, and support women of all races who wish to seek election to government office.