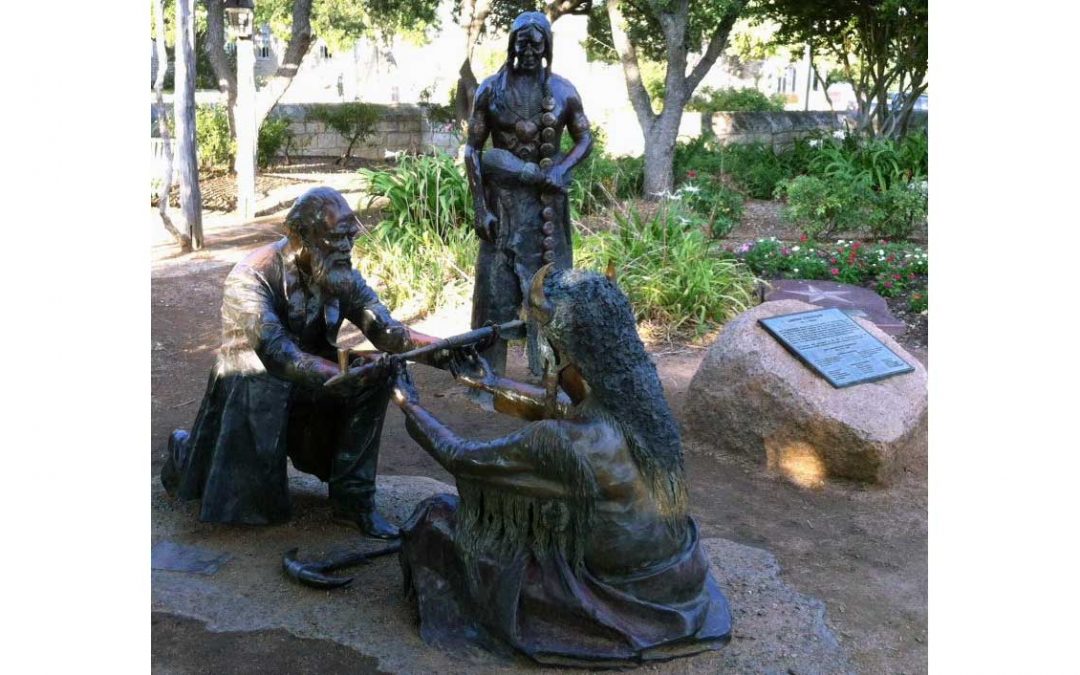 Behind the Vereins Kirche is this statue group commemorating the treaty between the German settlers and the Comanche Indians. It was dedicated on Memorial Day, 1997 as a part of the city’s 150th anniversary. Comanche chiefs Buffalo Hump, Santa Anna and others met with John Meusebach (called El Sol Colorado by the Comanches because of his red flowing beard). The treaty was officially signed in Fredericksburg a couple months later. The treaty allowed German and Indians to freely go into each others territory; and allowed the surveyors to survey lands in the San Saba area. The treaty opened more than 3 million acres of land to settlement. The sculptor was J. Hester, who lives in Boerne.