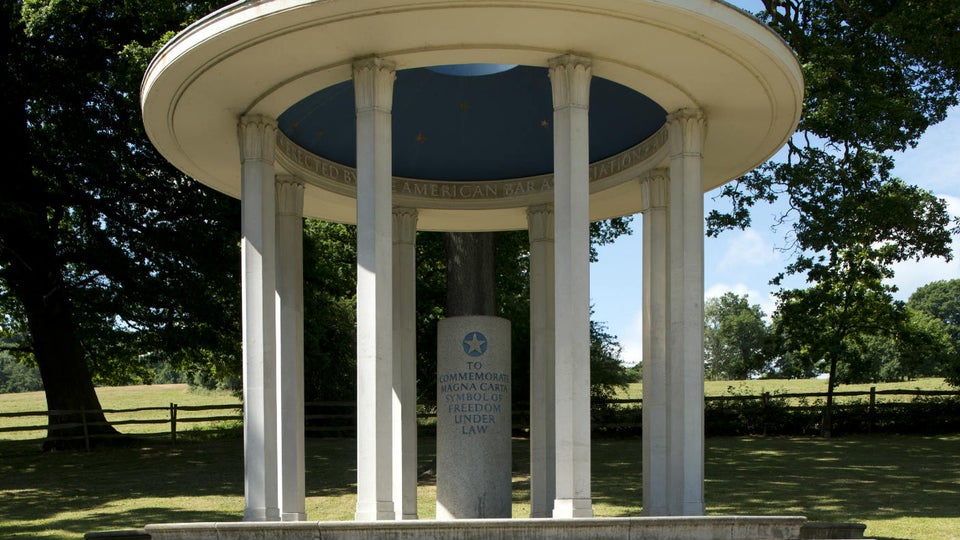 The American Bar Association (ABA) came to visit Runnymede in the 1950s and was surprised to find no official memorial to the Magna Carta. After discussion with the local authority and the National Trust, the idea of an ABA sponsored memorial was initiated, and Sir Edward B Maufe was commissioned to execute the design.

In 1957 the Magna Carta Memorial was unveiled to an audience of approximately 5,000 including Queen Elizabeth II. The first upgrades occurred in 1966 when paved access paths replaced the original gravel, and wooden benches were installed. In 2015 the wooden benches were replaced with stone ones. Since 1971 it has become customary for inscriptions to be added to the floor of the monument to record formal visits by the ABA.

Magna Carta, which means ‘Great Charter’, was sealed at Runnymede on 15 June 1215. This was an agreement between King John and his barons and clergy which, for the first time, made the monarch subject to the laws of the land. It also gave free men the right to justice and a fair trial. Over the subsequent 800 years it has influenced many constitutional documents, including the United States’ Bill of Rights.