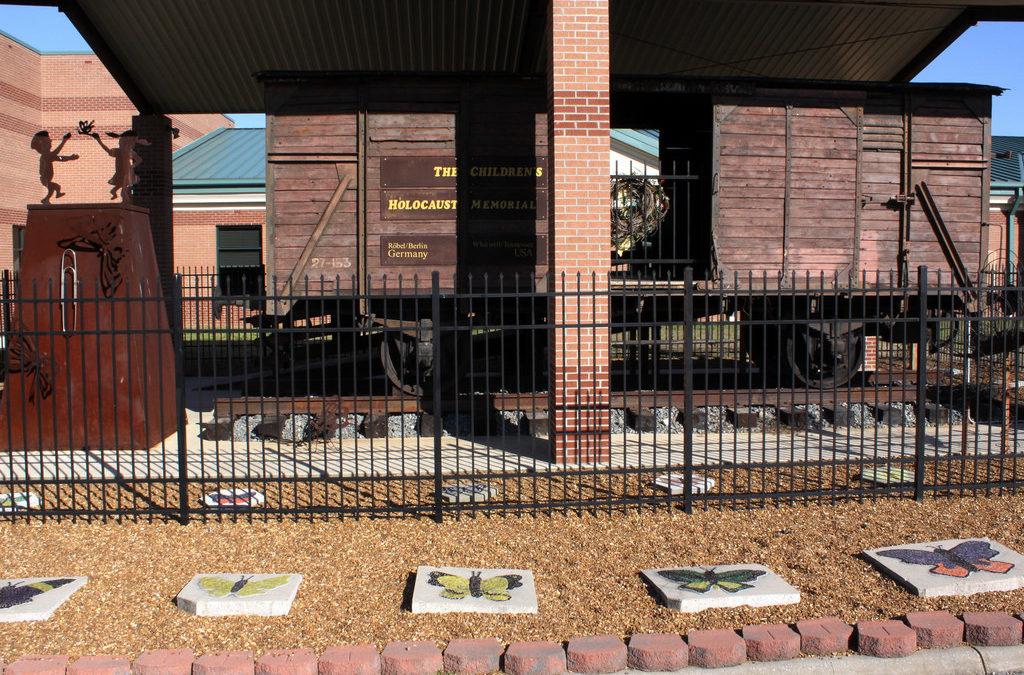 In 1998 a Whitwell Middle School History class discussing World War II learned that six million Jews were slaughtered in the Nazi camps. A student asked how big six million is; another student read that people from Norway wore paperclips as a symbol of resistance against the Nazis. The students started collecting paperclips. The media picked up the story and in a couple of years more than 29 Million paper clips had been sent to the school. Two reporters found a vintage rail car which had been used to transport Jewish captives to the camps and had it transported to Tennessee. The railcar is now filled with 11 million paper clips (6 million for murdered Jews and 5 million for Roma, Catholics, homosexuals, Jehovah’s Witnesses, and other groups). The monument was dedicated on the anniversary of the Kristallnacht, November 9, 2001. Eighteen butterflies of twisted copper  are embedded in concrete around the railcar.  A sculpture stands next to the car, memorializing the 1.5 million children murdered by the Nazis, and incorporating another 11 million paper clips.