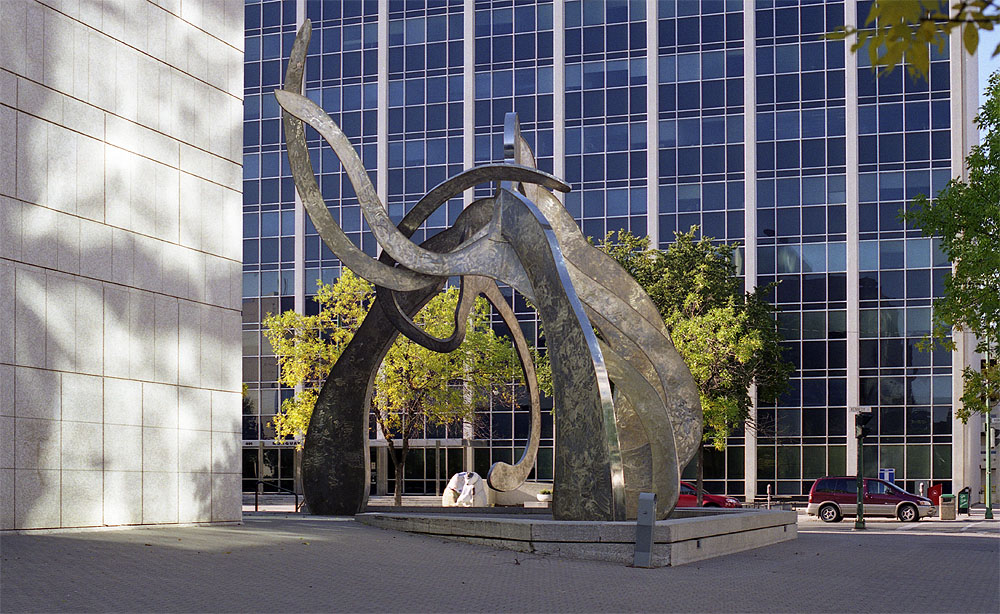 Created by local artist Gordon Reeve, the work was one of four public art pieces commissioned as part of the building of the new Law Courts in 1984. Consisting of three ribs or legs, the sculpture is topped by three long arms, each taking a different serpentine form. Capable of moving, these arms are balanced such that they can be set in motion by a visitor with little effort, despite their great weight. This draws to mind the metaphoric scales of justice, an image which appears carved in stone at the adjacent historic Law Courts Building (1912-16, 411 Broadway) visible from the site of “Justice.” Reeve wrote, “I wanted to create a structure to carry the metaphor of justice, one that is responsive to the individual, yet enduring and lasting. My hope is that even a child will make it move.” The arms themselves are of a length of nearly ten meters, and while they move under pressure, are designed to return to seek their balance points, reinforcing the theme of balanced justice.