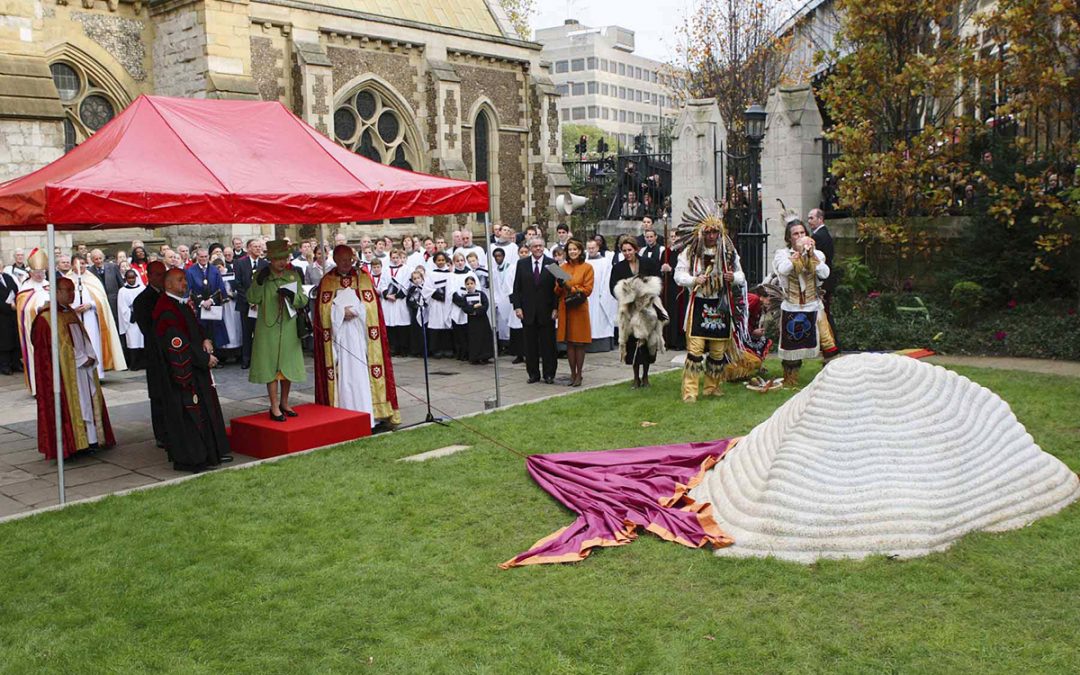 In the garden of Southwark Cathedral there is a sculpture commemorating the burial of Mahomet Weyonomon, a chief, or Sachem, of the Mohegan tribe in Connecticut, who had come to London to seek justice for his people. British settlers had taken lands belonging to the Mohegans. Oweneco, Weyonomon’s grandfather, had come to London to petition Queen Anne for their restoration. A commission ordered by the Queen found the settlers had taken the lands illegally and ordered their return. The settlers ignored their queen. Mahomet Weyonomon came to London in 1735 to petition King George II for the restoration of tribal lands, accompanied by two settlers who supported his cause. Before they were able to present the petition to the King, the whole party died of smallpox. As a foreigner, Mahomet was forbidden burial within the City. Arrangements were made to bury Mahomet in the burial grounds of St Mary Overie, now known as Southwark Cathedral.

In November 2006, the memorial sculpture, commissioned by Southwark Cathedral and the Mohegan Tribe, was unveiled by HM The Queen, symbolically granting the audience Mahomet never received. A Mohegan ritual was performed by tribal chairman Bruce “Two Dogs” Bozsum that included burning sweetgrass and sage to bring good spirits and the singing of an Honor Song. The memorial was carved by Peter Randall Page from a pink granite boulder brought over from Connecticut and incorporates Mohegan symbols.