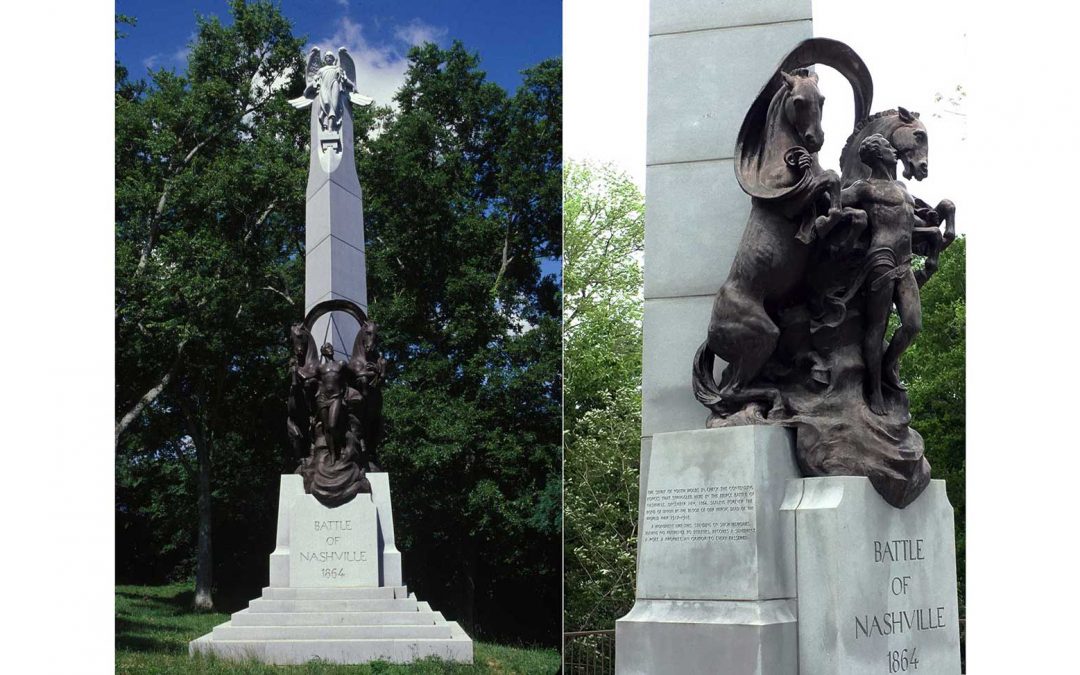 The Ladies Battlefield Association commissioned Italian artist Guiseppe Moretti for this monument, dedicated on Armistice Day 1927, to all those who fought during the 1864 Battle of Nashville. The marble obelisk and angel were destroyed in the tornadoes of 1974; the bronze was intact and left standing. In 1999 the obelisk and angel were rebuilt and rededicated in a new location. The steeds represent the old warring sections; the youth stands for those who died in the war. A poem by John Trotwood Moore, incised into the granite, declares that the Civil War made us “now and forever Americans.” The dedication etched into the granite also honors the soldiers of WWII: “The spirit of youth holds in check the contending forces that struggled here in the fierce Battle of Nashville, December 16, 1864, sealing forever the bond of union by the blood of our heroic dead of the World War 1917. The second paragraph of the dedicatory engraving celebrates monuments: “A monument like this, standing on such memories, having no reference to utilities, becomes a sentiment, a poet, a prophet, an orator to every passerby.”