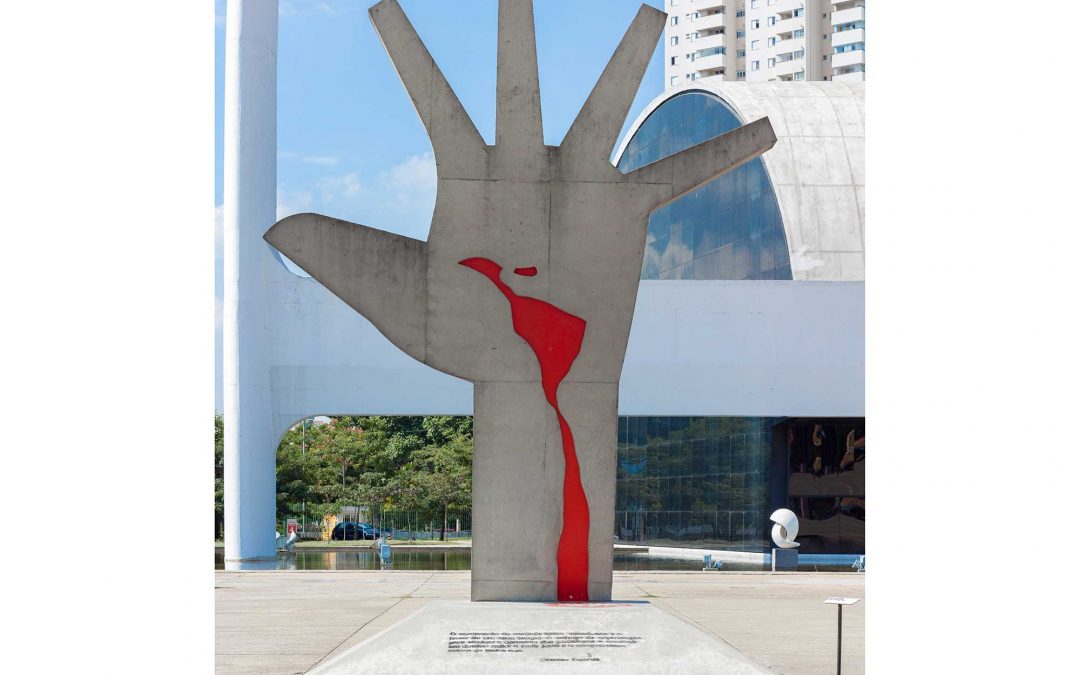 “The Big Hand” was designed by architect Oscar Niemeyer in 1989 as the focal point of the the Latin America Memorial (in Portuguese, Memorial da América Latina), a cultural, political and leisure complex. This large hand is perhaps a nod to his mentor Corbusier’s open hand in Chandigarh, but where Corbusier’s is playful, Niemeyer’s is somber: South America rendered in blood which drips onto the surface beneath, symbolic of suffering and oppression on that continent and a tribute to the struggles of the peoples of the region for freedom, sovereignty and social justice.

On the pedestal of the sculpture there is a phrase by Orestes Quércia, governor at the time of the creation of the memorial:

‘The feeling of Latin American unity is the threshold of a new time. The organization’s effort to eliminate the oppression of the powerful and build a greater and fairer destiny is the solemn commitment of all of us. ‘

Niemeyer said about the sculpture:

‘Sweat, blood and poverty have marked the history of Latin America, so disjointed and oppressed. It’s time to readjust it into an untouchable monobloc, capable of making it independent and happy.’