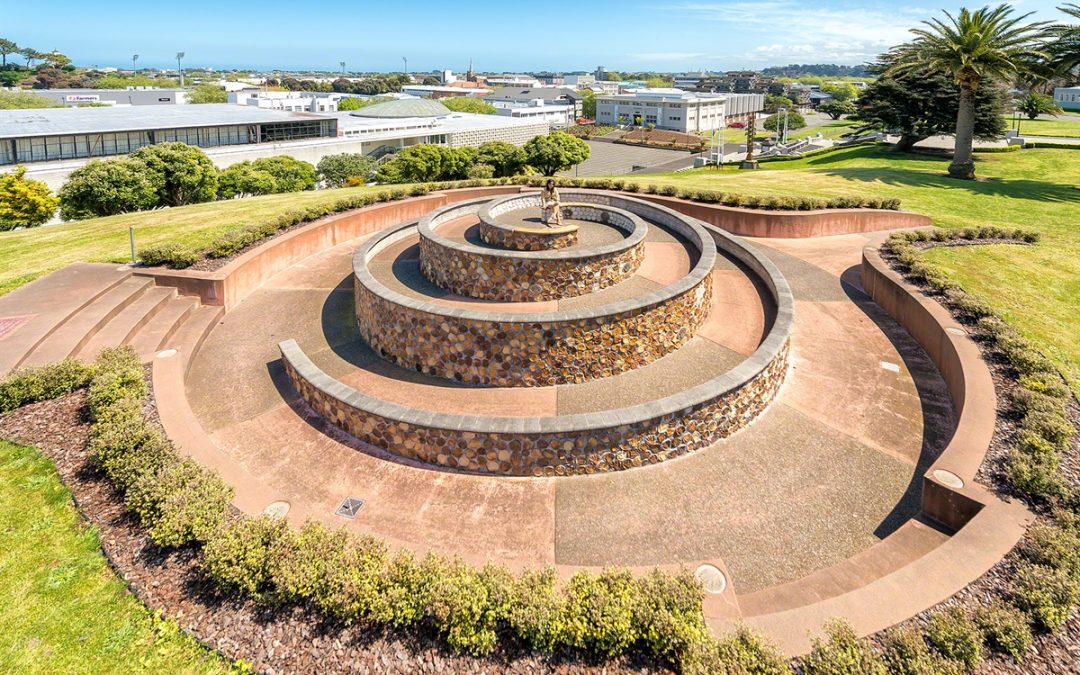 Handspan is a large work of art, almost 20 meters in diameter, which rises in a double spiraled pathway to a height of about 3 meters with walls on each side, covered with some 4,000 terracotta hand casts made from hand prints of community members of all ages (from 3 months to 106 years old) – each named. An additional 50 hands were cast in glass and are lit from behind at night by fiber-optics to create a lighted path.

It was organized and funded by a non-governmental organization, Peace through Unity. On 18 September 2001, the land where the sculpture was to be built was blessed during a special Dawn Ceremony.

On 21st September 2002. the International Day of Peace the sculpture was dedicated to a culture of peace and non-violence for the children of the world by the New Zealand Governor-General at a ceremony on the historic hill at the heart of Wanganui City where it is situated, neighboring the Regional Museum, the Art Gallery, the Public Library and the War Memorial. It was designed by local artist and potter Ross Mitchell-Anyon.

This project was inspired by the United Nations’ International Decade for the culture of peace and non-violence for the children of the world, 2001-2011.

The site was once occupied by the Rutland Stockade, a fort built by the white colonist to defend themselves against the indigenous Maori. The stockade was garrisoned by the military until the 1860s and later used by the Armed Constabulary. Rutland Stockade was demolished in 1887.