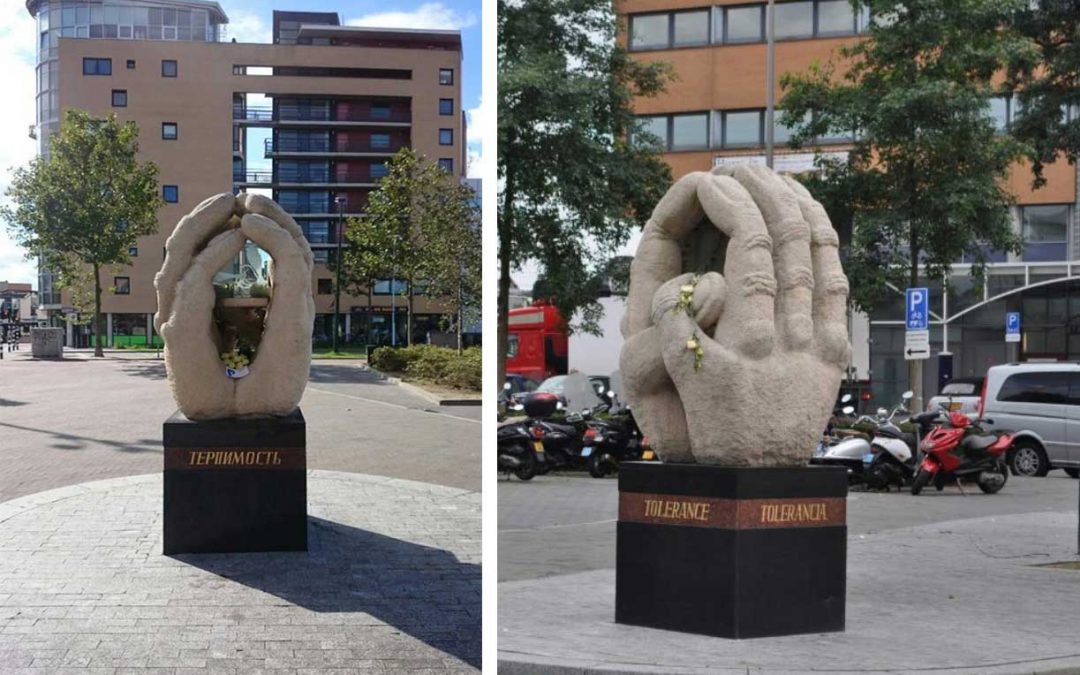 This statue is on the station square in Hilversum, a city between Utrecht and Amsterdam. The statue is named “Monument for Tolerance,” but it is popularly called “the hands.”

The monument of concrete and glass was created by Edo van Tetterode. It is of two stone hands that are folded around two dragonflies embedded in glass. The statue was made following the murder of Michael Poyé by right-wing extremists on the Stationsplein in Hilversum in 1986. (They didn’t like his long hair.) It was dedicated in 1989. The word “Tolerance” is displayed on each side of the statue in Dutch, English, French, Russian and Spanish.

After 9/11 the Dutch understanding of tolerance became more complicated. Anti-immigration politician Pim Fortuyn was murdered in Hilversum in 2002, just nine days before the Dutch parliamentary election, by a militant animal rights activist. His view was that the Dutch had been inviting intolerant Muslim immigrants into the society in the name of multiculturalism and tolerance. One wonders what aspect of tolerance the people of Hilversum evoke as they view this monument?