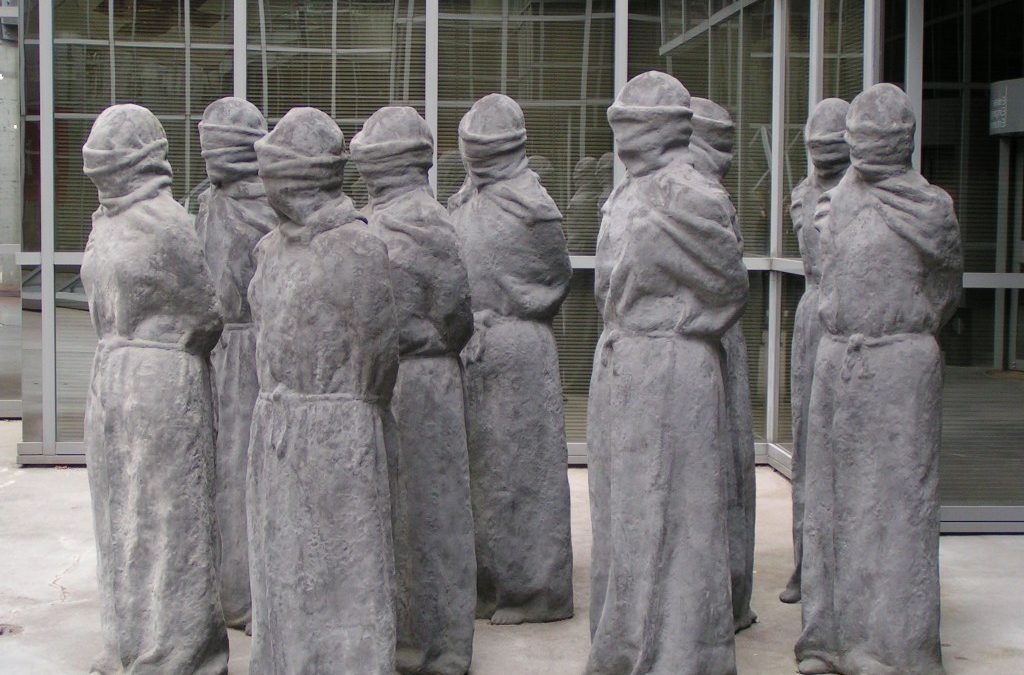 Just off the United Nations Square, up a small rise, is the Musee International de la Croix-Rouge et du Croissant-Rouge (the International Red Cross and Red Crescent Museum.) As you walk up the ramp to the museum entrance, you encounter a group of shrouded, life-size figures by Swiss artist Carl Bucher. The piece, called “The Petrified,” represents the faceless victims of human rights violations. It was installed in 1979.

The museum tells the story of the foundation of the ICRC by Henri Dunant, a Geneva-based businessman who was so shocked at the treatment of the wounded at the battle of Solferino in 1859 that he resolved to improve conditions for all war casualties. With the Swiss jurist Gustave Moynier, he founded the ICRC in 1863 and set to work to organize a conference of 16 states in 1864, which signed the Geneva Convention for the Amelioration of the Condition of the Wounded in Armies in the Field. The museum has on display the original document which laid the basis for the four Geneva conventions, adopted in 1949, which provide the legal foundation for most humanitarian law.