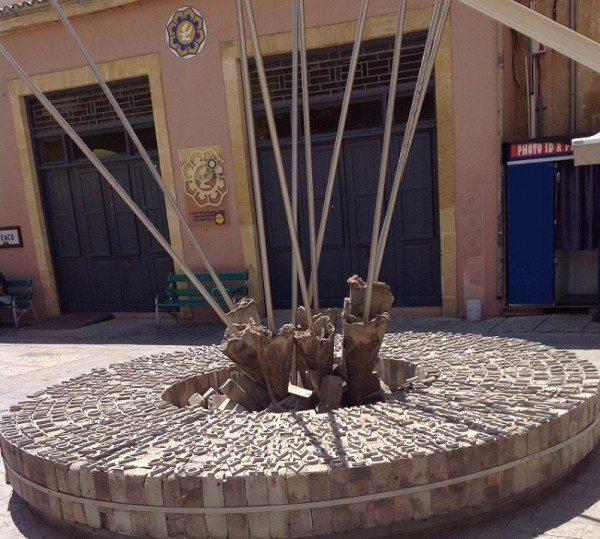 Resolution (1995), by Cypriot sculptor Theodoulos Grigoriou, reiterates the faith of the city of Nicosia and its inhabitants to human rights as the only precondition to peace and freedom. On the round cement base, part of the text of the Universal Declaration of Human Rights is written in embossed Greek letters. Steel lances driven into the center of the text represent its symbolic destruction.

Nicosia is Europe’s southernmost capital and only divided one. Violence between Greek and Turkish Cypriots in 1963 brought a de facto partition of the city. The so-called ‘Green Line’ came into being at this time when the British army defined the Greek and Turkish areas by using a simple green pen on a military map. The name has stuck to this day.

The monument is in the Ledra  shopping district, on the Greek side, near the crossing from one side to the other.