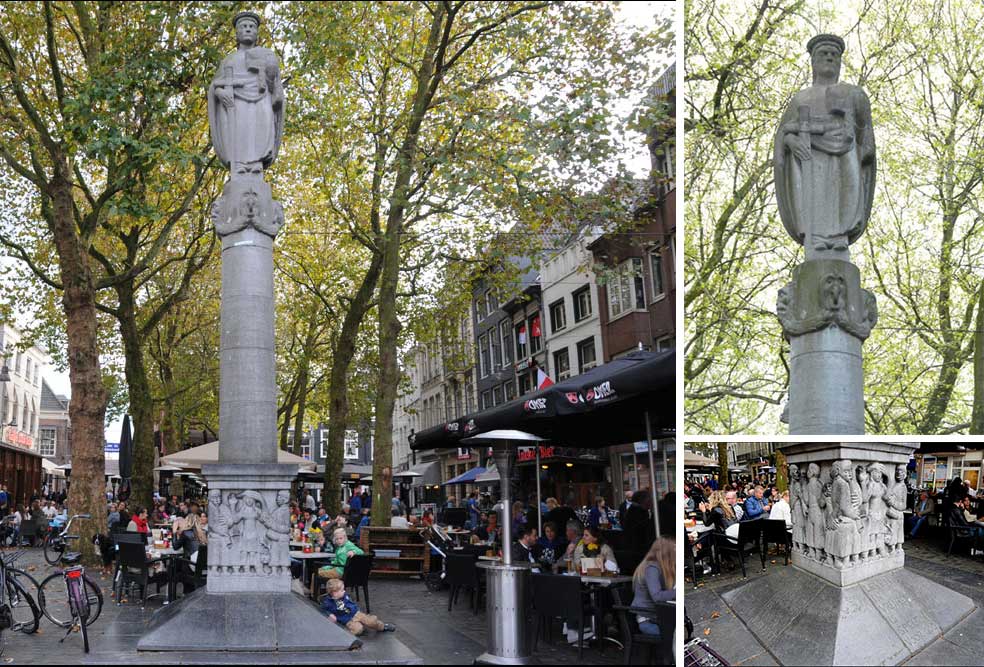 Although this statue in the Grote Mark in Breda is referred to as a peace statue it is actually a tribute to the liberation of the city on October 29, 1944 by the 1st Polish Armoured Division commanded by General Stanisław Maczek, who is buried in a nearby military cemetery. It was erected in 1952.

It depicts a standing female figure with a human head in her left hand and a sword in her right. The statue is placed on a round column of white natural stone. At the bottom of the column is a square relief on which men with weapons and women with children are depicted.

The Judith depicted is the Judith of the apocryphal book of the Bible, a beautiful widow who was able to enter the tent of the Assyrian General Holofernes because of his desire for her. Overcome with drink, he passed out and was decapitated by Judith.

On the four sides of the plinth are these texts:

Written on the stone besides it: “Judith, statue of liberty of the city Breda by Niel Steenbergen, text Karel Meeuwese, 1952”