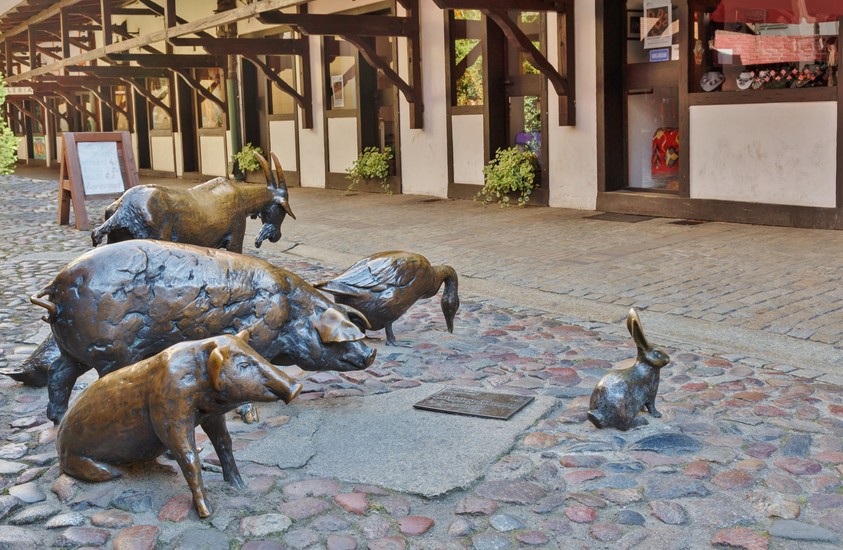 From the 13th Century, the historic Stare Jatki, which translates to “Old Shambles,” provided Wrocław’s population with meat. The butcher’s trade flourished for many generations in this part of the city’s Old Town. In the mid-18th Century the slaughterhouses were moved to the outskirts of the city. The area was bombed during World War II and rebuilt as a street lined with quaint art galleries and restaurants.

Erected in 1997, this the Monument in Honor of the Slaughtered Animals (Pomnik Ku Czci Zwierząt Rzeźnych) is a reminder of the animals slaughtered during the neighborhood’s time as a hub for butchers. It originally consisted of several life-sized bronze statues: a goose (with an egg), two pigs, a rabbit, a rooster, and a goat. Each creature was created by a different artist. In 2017 the gaggle was joined by a calf (a cow was considered to be too big for the site.)