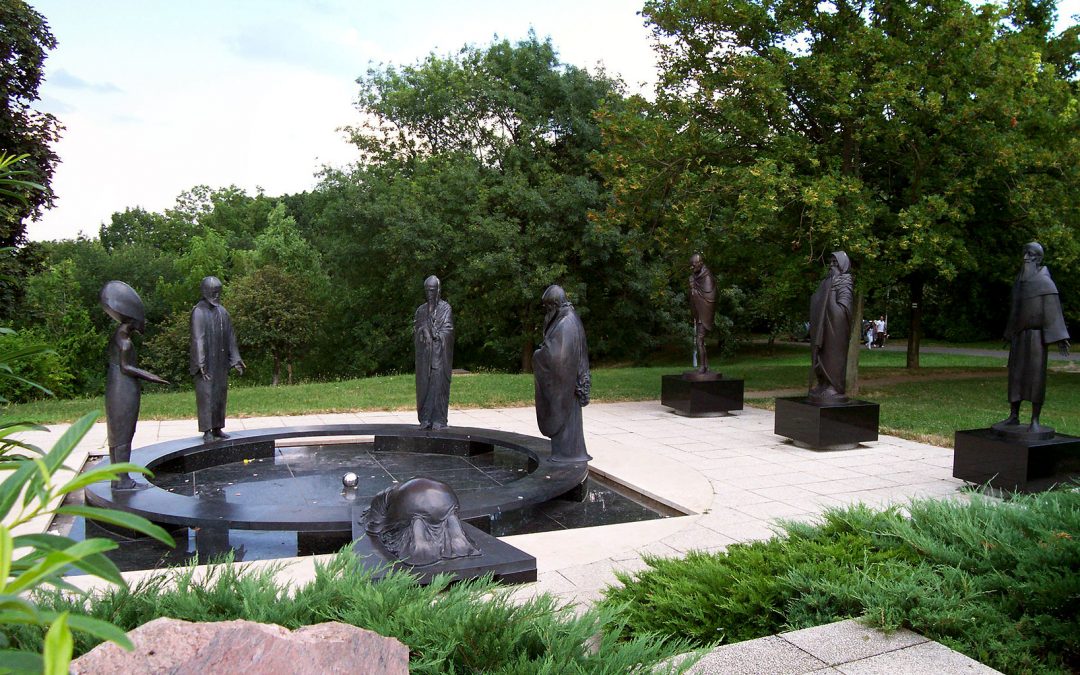 Sculpted by Nándor Wagner between 1982 and 1997, this statue grouping was installed on Budapest’s Gellért Hill in 2001. Wagner’s intention for the piece was to promote mutual understanding among the world’s religions.

The group of statues features an inner circle composed of what he saw as the five founders of the world’s major religions: Abraham, Jesus, Buddha, Laozi, and Akhenaten. The orb they gather around is about the size of a fist and intended to represent the similarities in what is worshiped by these major schools of thought.

Gazing from the sidelines are Mahatma Gandhi, Daruma Daishi (aka Bodhidharma), and Saint Francis, who Wagner saw as leaders in fostering spiritual enlightenment. Wagner intended for the sculpture to include a third circle of figures composed of the great lawmakers Hammurabi, Moses, Justinian, and Prince Shotoku, but was unable to complete that part of the project before his death. Two more statuary sets were cast, intended for Tokyo and New York, but never installed.