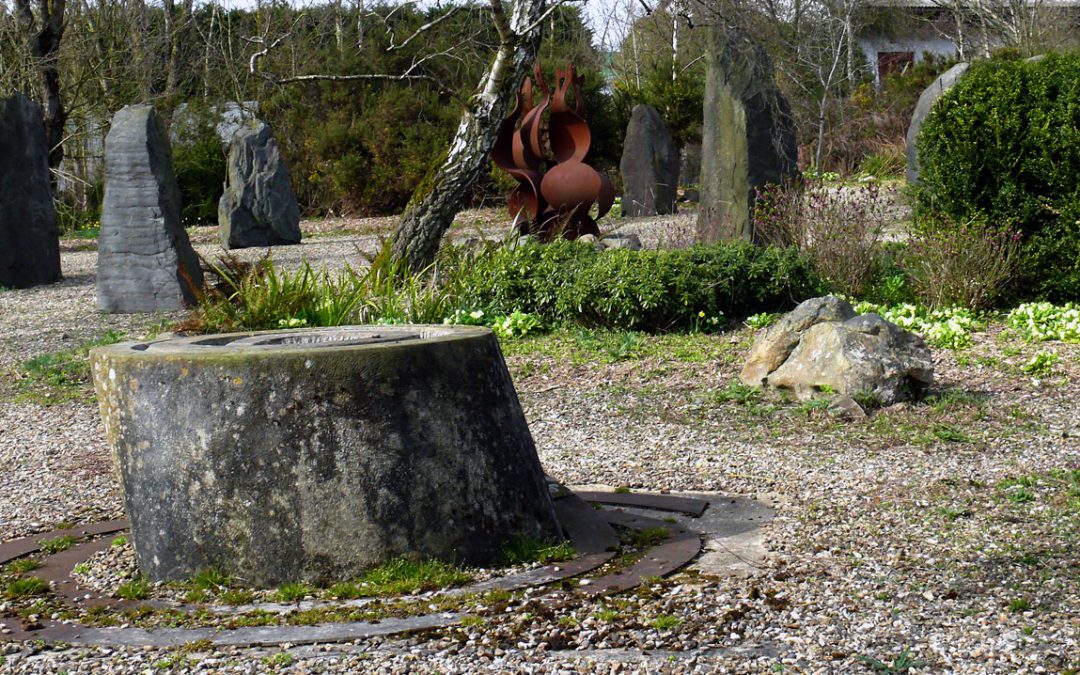 The Women’s Peace Camp on Greenham Common closed on 5 September 2000 after 19 years of continuous presence outside the Greenham Common Airbase.  The women believed that the events of this important period should be remembered with a permanent commemorative and historic Site. The Peace Garden was inaugurated and opened to the public on 5th October 2002.

The Greenham Common Peace Garden is located at the yellow gate where the original protest began in 1981. The women hoped the garden would help heal the breaches that developed between the protesters and the community of Newbury.

The Garden was designed by Roderick Griffin. It depicts the four elements of earth, fire, water and air. The garden incorporates a sculpture by Michael Marriott depicting flames – symbolizing a campfire. The sculpture is surrounded by seven standing stones from Wales representing the Welsh Group “Women for Life on Earth,” who came from Cardiff and were the first to set up a Peace Camp outside RAF Greenham Common Airbase.

Michael Marriott also designed the stone and steel spiral sculpture using Pennant sandstone from Wales. Written into the spiral is “Women’s Peace Camp 1981 – 2000” and the words “ You can’t kill the Spirit”. Water flows around the spiral in the stone representing the ‘reaching out’ work done from the Women’s Peace Camp campaigning against nuclear weapons.