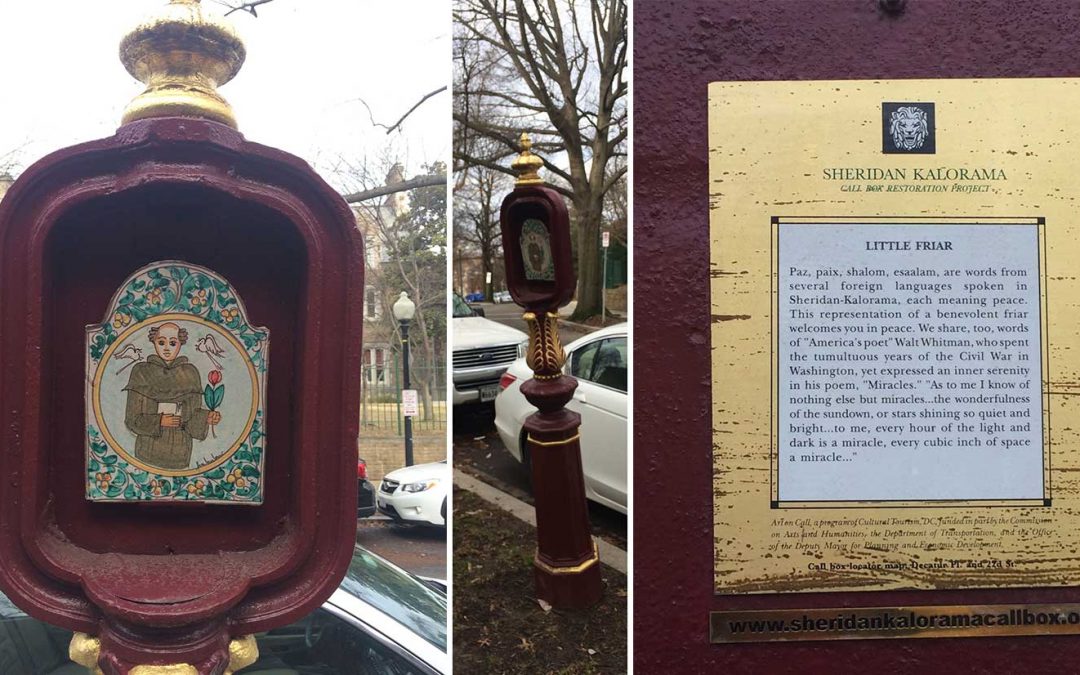 Police and fire call boxes were installed throughout the Washington, D.C. starting in the 1860s. They began to become obsolete with the introduction of the 911 emergency call system in the 1970s, and the working electronic components were all removed by 1995. The Art on Call initiative began in 2000 when the city surveyed and identified call boxes for refurbishment. Neighborhood organizations have formed coalitions with residents and artists to propose, and then carry out, ideas for refurbishing their neighborhood’s call boxes. This one is in the Sheridan-Kalorama neighborhood.

Paz, paix, shalom, esaalam, are words from several foreign languages spoken in Sheridan-Kalorama, each meaning peace. This representation of a benevolent friar welcomes you in peace. We share, too, works of “America’s poet” Walt Whitman, who spent the tumultuous years of the Civil War in Washington, yet expressed an inner serenity in his poem, “Miracles.”

“As to me I know of nothing else but miracles…the wonderfulness of the sundown, or stars shining so quiet and bright…to me, every hour of the light and dark is a miracle, every cubic inch of space a miracle…”