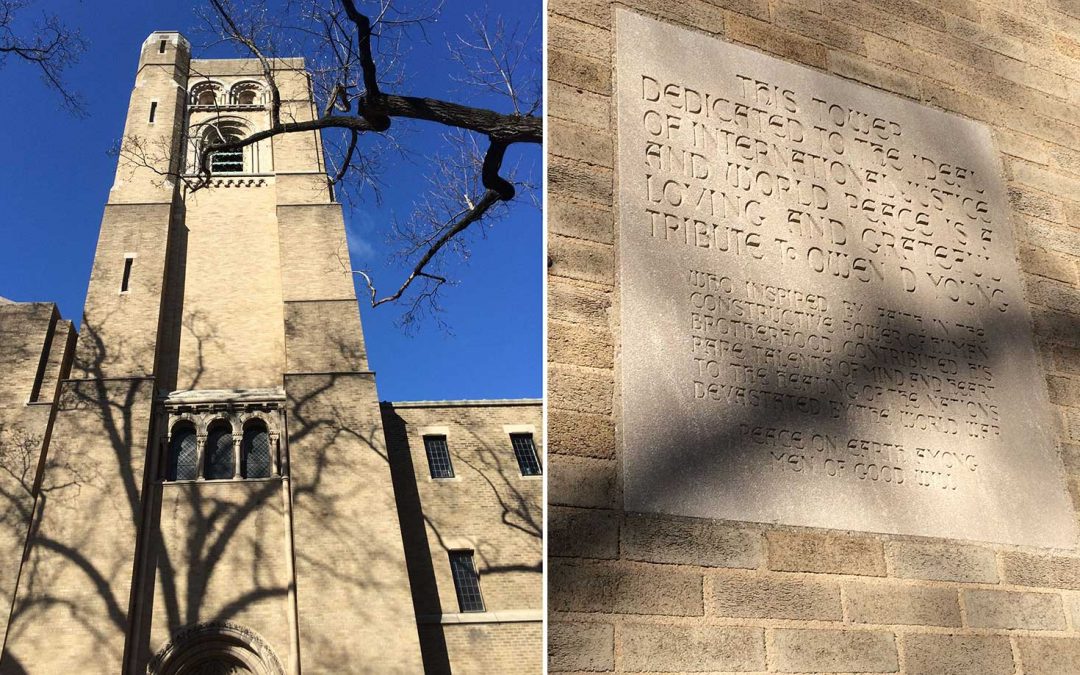 The Universalist National Memorial Church on Dupont Circle was the flagship congregation of the Universalist Church of America from 1930 until 1961, when the denomination merged with the American Unitarian Association to form the Unitarian Universalist Association. The Tower was built and dedicated in 1930.

Young, the founder of the Radio Corporation of America (RCA), participated in President Woodrow Wilson’s Second Industrial Conference following World War I. In 1924, he coauthored the Dawes Plan, which provided for a reduction in the annual amount of German reparations. When Germany again defaulted on its payments, a new international body met to consider a program for the final release of their obligations; Young acted as chairman. After establishing this “Young Plan” he was named Time Magazine’s Man of the Year in 1929.

The text engraved on the tower says:

This tower dedicated to the ideal of international justice and world peace is a loving and grateful tribute to Owen D Young who inspired by faith in the constructive power of human brotherhood contributed his
rare talents of mind and heart to the healing of the nations devastated by the World War.

Peace on Earth among men of good will