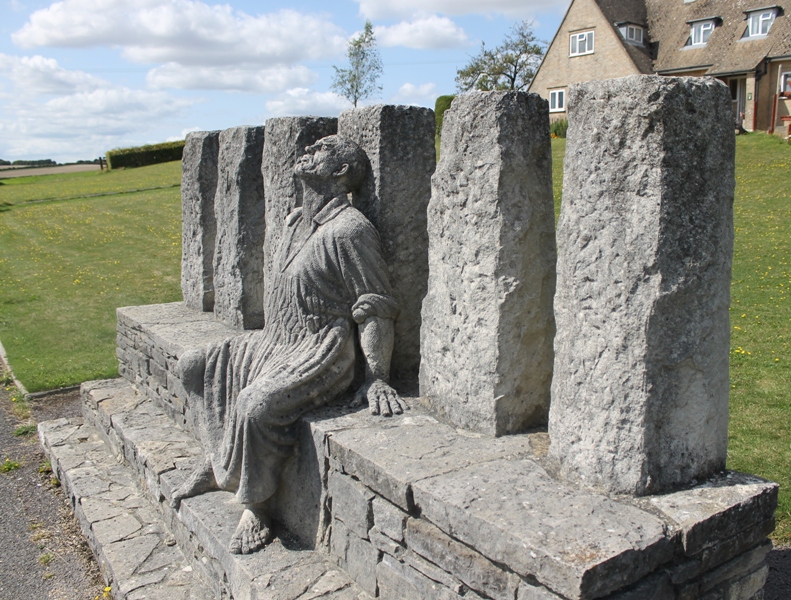 In 1832 six men from Tolpuddle in Dorset founded the Friendly Society of Agricultural Labourers to protest the gradual lowering of wages. They refused to work for less than 10 shillings a week, although by this time weekly wages were as low as six shillings. The society, led by George Loveless, a Methodist preacher, met in the house of Thomas Standfield. and sometimes out-of-doors under a sycamore tree, which still stands today

The landed gentry and their allies (including the Church of England, which was a significant agricultural landlord) were wary of such movements, as they had only recently and brutally quelled the Swing Riots, a widespread uprising in 1830 by agricultural workers in southern and eastern England in protest of agricultural mechanization, dropping wages and harsh conditions. Several progressive laws were passed in 1832 to address the concerns of the workers, including the Reform Act, which (among other things) legalized trade unions, and reforms to the poor law.

Nonetheless, in 1834 a local landowner wrote to the Prime Minister, Lord Melbourne, to complain about the Friendly Society, invoking an obscure law from 1797 prohibiting people from swearing oaths to each other. James Brine, James Hammett, George Loveless, George’s brother James, George’s brother in-law Thomas Standfield, and his son John were arrested, found guilty (the trial lasted five minutes), and transported under a seven year sentence to a penal colony in Australia as an alternative to hanging.

They became popular heroes: there were protest meetings across the country and large scale demonstrations in London, said to number 40,000 people. An petition bearing 800,000 signatures was delivered to Parliament They were released in 1836. Lord Melbourne pardoned the Tolpuddle Martyrs stating “that if being members of a secret society and administering secret oaths was a crime, the reactionary Duke of Cumberland as head of the Orange Lodges was equally deserving of transportation.” Five of the six emigrated to Ontario, Canada.

The events surrounding the Tolpuddle Martyrs played a key role in the development of the modern trade union movement in Britain, and in the general struggle for fairer wages and better working conditions. It was a training ground for the Chartist movement, which arose later in the decade to agitate for political reform and universal suffrage.

In 1934, on the centenary of their trial, the British Trades Union Congress (TUC) built six memorial cottages in the village, and also established the Tolpuddle Martyrs Museum. Every year in July the TUC organizes a festival in the village during which members of trade unions march past the village green. Also in 1934 Sir Ernest Debenham had a memorial seat and shelter erected on the green, and in 2001 this sculpture of the martyrs was placed in front of the museum.

This sculpture, dedicated in 2001, features George Loveless, awaiting transportation in Dorchester prison. It is designed for visitors to sit alongside him in the five seats representing his fellow martyrs. In prison, George wrote the words: ‘We raise the watchword, liberty. We will, we will, we will be free!’ These have since served to inspire generations of people to fight against injustice and oppression, and appear on the back of the sculpture’s seats. Thompson Dagnall from Liverpool was the sculptor.