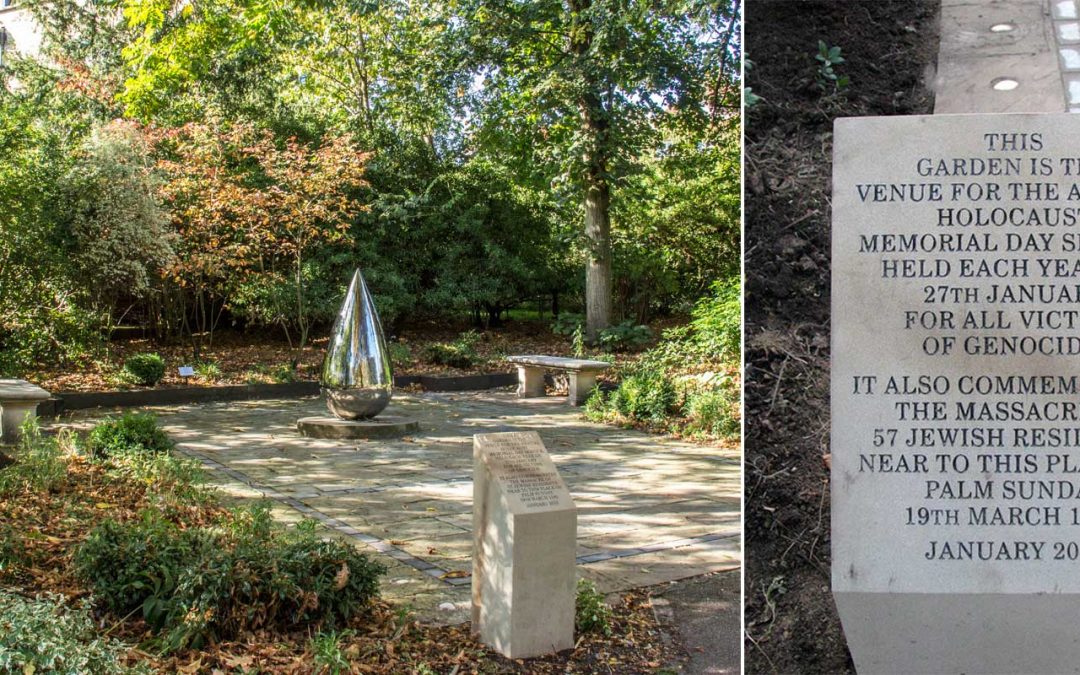 By the 1190’s, there were about 2,500 Jews living in England, enjoying relative freedom compared to those on the continent. Although they comprised less that 0.25% of the English population, they provided 8% of the total income of the royal treasury. This financial contribution created resentment and the pro-Christian ideology of the Crusades whipped up an anti-Semitic rhetoric. The church and locals seized on every opportunity to justify their prejudices. When Robert of Bury, a young choirboy from the abbey was found murdered in 1181, his death was blamed on the town’s Jewish community. Rumors based on the belief that the Jews had gained their wealth through sacrificial murders began to percolate through the town.

On 19th March 1190, Palm Sunday, a group of Christian Crusaders rampaged through Bury St Edmunds and killed 57 Jews. The Abbey, which traditionally would have protected the Jewish survivors, instead had them expelled, as they were deeply in debt to Jewish moneylenders to finance extensive building and renovations.

The Abbey has long held a service in their gardens on January 27, Holocaust Remembrance Day, hosted by a memorial trust and supported by the St Edmundsbury Borough Council, St Edmundsbury Cathedral, and members of Suffolk’s Jewish Community. The occasion is seen as a chance to pause to remember the millions of people who were murdered or whose lives have been changed beyond recognition as a result of the Holocaust, Nazi persecution or in subsequent genocides in Cambodia, Rwanda, Bosnia and Darfur. This garden, opened in 2015, is intended to give a “more dignified setting” to the annual observance.

A leader of the Trust explained, “The teardrop is a natural and universal symbol of pity and persecution, of human suffering and sorrow. It is made from polished stainless steel; its mirrored surface reflects back to us the role we all must play in opposing humanity’s inhumanity.”

The Peace Garden includes 57 cobble stones – one for each of the victims of the 1190 massacre. There are also two benches.