The Six Flags That Flew Over Texas 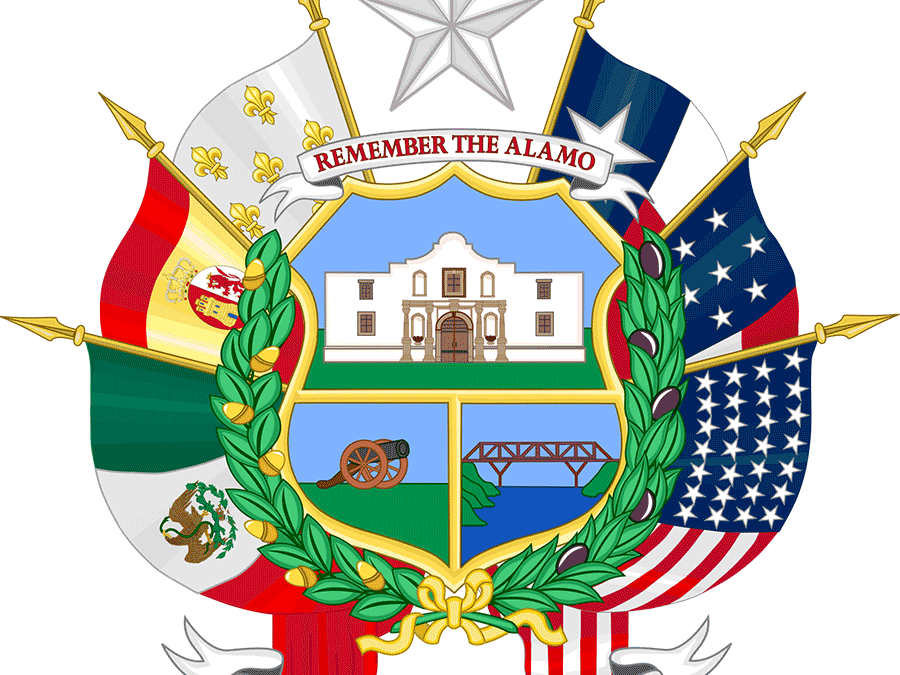 Since its founding in 1718, six countries have claimed sovereignty over Texas. The slogan “Six flags over Texas” has been incorporated into shopping malls, theme parks, and other enterprises. The six flags are also shown on the reverse of the Seal of Texas.

The first flag belonged to Spain, which ruled most of Texas from 1519 to 1821. The second flag was the royal banner of the Kingdom of France from 1684 to 1690. In 1684, French nobleman René-Robert Cavelier, Sieur de La Salle, founded a colony on the Texas Gulf Coast called Fort Saint Louis. The colony was unsuccessful. The third flag flown (1821 through 1836) was the flag of Mexico. Mexico’s independence was recognized by Spain in 1821. The fourth flag belonged to the Republic of Texas from 1836 to 1845. The fifth and current flag is that of the United States of America, which Texas joined in 1845. Upon secession, during the Civil War, Texas abandoned this flag for its sixth, until readmission to the Union in 1865.The sixth flag belonged to the Confederate States of America from 1861 to 1865.