Crossing the Commerce Street Bridge (and a little bit about Hannibal Pianta . . .) 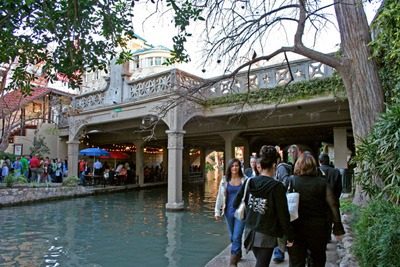 The San Antonio is not a majestic river; its bridges are accordingly modest. You won’t find a Chesapeake Bay Bridge here, or a Clifton Suspension Bridge. The model for the River Walk was Venice, but we we have nothing like the 400 bridges that span the narrow canals there. What we do have is the Commerce Street Bridge.

The bridge is located on the “great bend” of the San Antonio River, at the original ford between La Villita on the west side and the Alamo on the east. The first bridge here consisted of six wooden beams laid over the ford in 1736. Spanish padres put them in place for villagers to cross to attend church services at the mission. A footbridge later replaced the beams. It was across this bridge that Texas soldiers retreated to the Alamo as Santa Anna’s army entered San Antonio on February 23, 1836. About five years later, workers constructed a span sturdy enough to support horses and wagons. But the wooden structure was forever in disrepair and was replaced by an iron truss bridge in 1880. 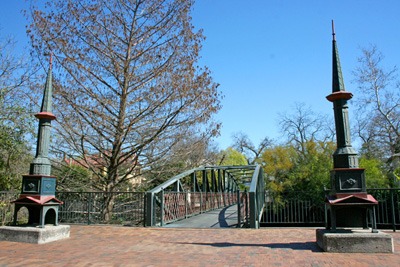 It was this bridge that O. Henry wrote about in his short story, “A Fog in Santone,” and local legend has it that author Stephen Crane jumped off this bridge to save a drowning child. When city workers removed O. Henry’s “little iron bridge” in 1914 to widen Commerce Street, they moved the old span downriver to the King William District, where it’s still in service as a pedestrian crossing, at Johnson Street (pictured below.) 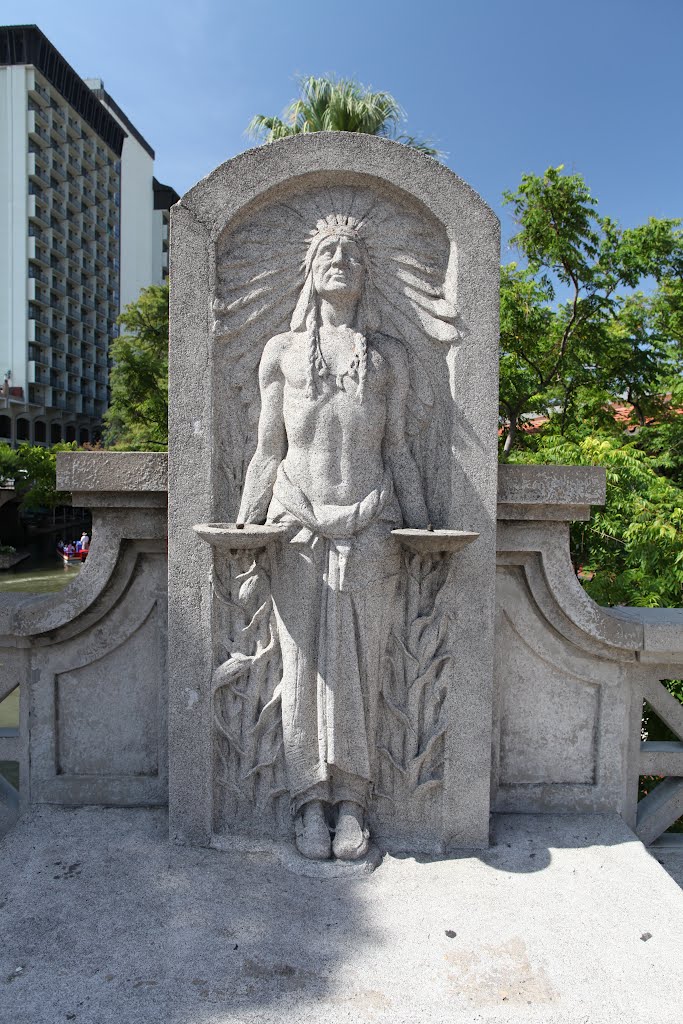 Hannibal Pianta: cast the iconic Indian, in concrete, based on a statue by Waldine Tauch. Her mentor, Pompeo Coppini, didn’t think such a little woman could sculpt monumental works. She proved him wrong The Indian, called “The First Inhabitant.” is 7 feet tall. The basins, now disconnected, were designed to be public water fountains.

Pianta was an interesting character and his work is all over Texas. He was born in Boccioletto, Italy in 1875, immigrated to the United States around 1905, and set up shop in San Antonio with his father John, who already had an established business producing primarily ornamental capitals. John was the chief plasterer for the “White City” of the 1893 Chicago Colombian Exhibition, and the Texas and Georgia Capitol buildings. All of the ornamentation for the Majestic, Empire and Aztec Theatres was Hannibal’s work.  Once you start looking for it, his stuff is everywhere! It on the facade of the old Municipal Auditorium (now the Tobin Center for the Performing Arts); the old San Antonio Light building (at the corner of Broadway & McCullough) and the Casino Club on the Riverwalk (pictured below; the Saltgrass Steakhouse is on the river level.) 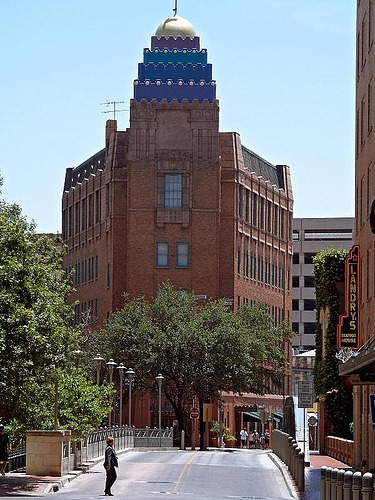 This entry was originally written for the Texas Trail Roundup.