How We Almost Lost Our River 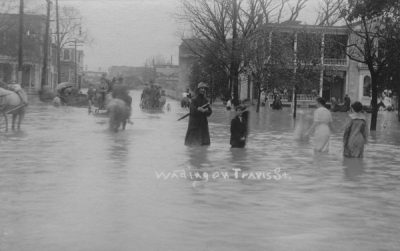 The River Walk draws several million tourists a year, is ranked as one of the top travel destinations in Texas and has inspired riverside developments throughout the world. San Antonio almost covered it over with cement.

At the end of the 19th Century the San Antonio River was replaced as the source of the city’s water by a municipal system fed by artesian wells. The River, twenty feet below street level, began to periodically go dry. Election in 1912 of a reform mayor, Augustus H. Jones, led to a mile-long landscaping of downtown riverbanks as a River Park, dedicated in 1914. The Architectural Record praised the park by observing, in 1919, that “the average city council would have built an intercepting sewer, the stream would have disappeared from view and the city would have become as commonplace as any other good hustling, enterprising town.”

A series of six major floods in San Antonio from 1913-1921 culminated with a flood on September 10, 1921 that covered areas of the downtown with up to ten feet of water and left fifty dead. This led the city to study flood control measures. Early proposals included exactly what the architects decried:  directing the San Antonio River through an underground culvert to create an area for development at ground level. The public was outraged, and less drastic measures to stabilize the river levels were considered.

Olmos Dam was finished in 1926. Downtown, floodwaters were diverted into a straight path to avoid the politically sensitive Great Bend, also known as the Horseshoe Bend. Floodgates at both ends of the Great Bend sealed it from floodwaters. The bypass channel was completed in 1930. 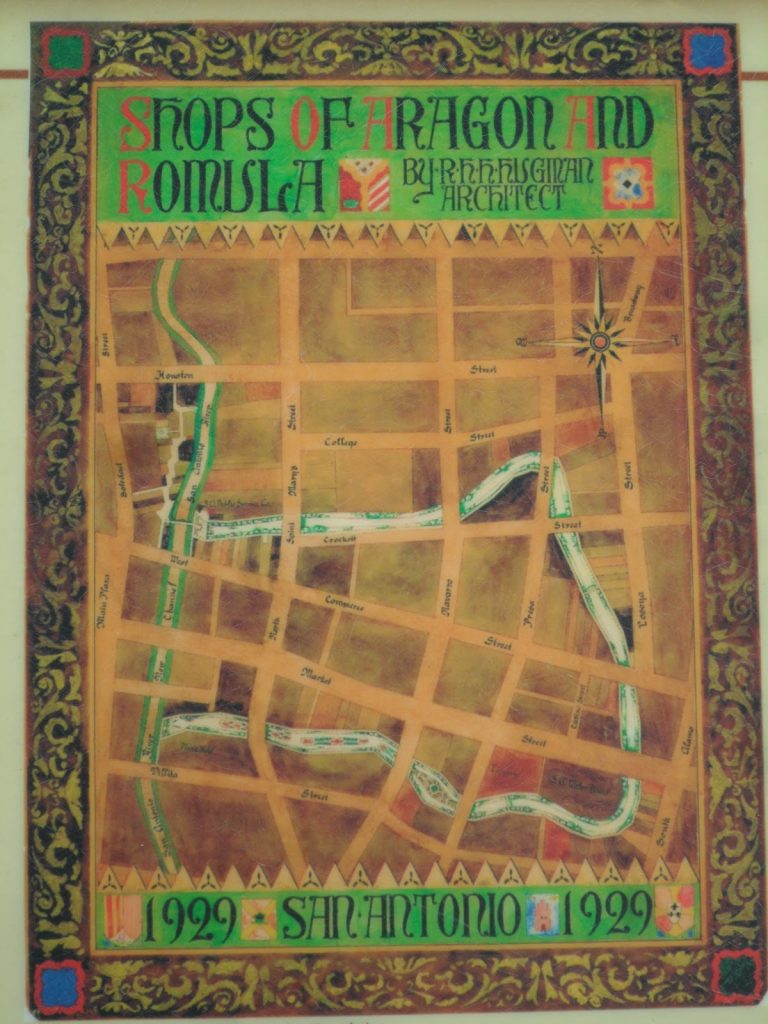 Meanwhile, in 1929 architect Robert H. Hugman conceived a new vision for the area, utilizing the river as the centerpiece. He envisioned a river-level flagstone walk along the meandering river that would pass by rows of shops and cafes combined with a pedestrian mall at street level. He named this preliminary model for development “The Shops of Aragon and Romula” to convey an image of “Old Spain” in Central Texas.

Civic groups quickly voiced support for this development during the summer and early fall of 1929, but the Black Friday stock market crash on October 29th shelved the project until it was revived by the New Deal’s Works Progress Administration in 1938.

Hugman was hired in December of that year to prepare the architectural plans, including 17,000 square feet of walkways, 11,000 cubic yards of masonry, 3,200 yards of concrete, 31 stairways, 3 dams, and numerous benches.

Construction on the River Beautification Project began in early 1939 and was completed on March 14, 1941.

The commercial development that Hugman envisioned was stunted by World War II. The River Walk, seldom visited, became sufficiently unsafe to be declared off-limits for the city’s military personnel. A revitalization effort was begun in the 1960s and the River Walk quickly flowered into the State of Texas’ number one tourist attraction and the hub of San Antonio’s tourist industry.  The American Institute of Architects declared the River Walk as “America’s Finest Example of Urban Design” in 1999.

The San Antonio River Walk (or Paseo del Rio) is a linear park that winds for thirteen miles from Brackenridge Park through downtown San Antonio and south to the farthest of the city’s five eighteenth-century Spanish missions. Enjoy it! 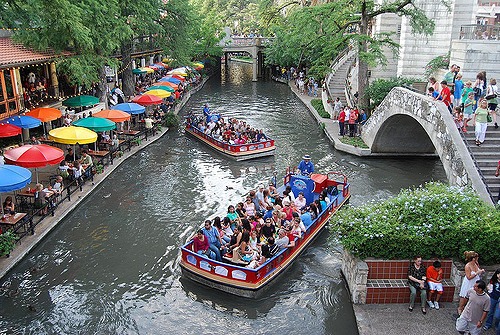