Butch & Sundance on the Street Where We Live 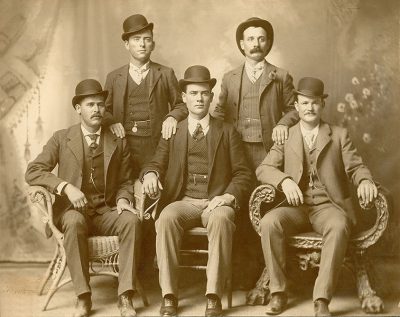 Unless you’re a native, you won’t realize that until a decade ago, when Cesar Chavez Blvd. was re-named after the Chicano labor leader, the street was called Durango. When I-35 was built in the 1950’s, it interrupted S. San Saba: you’ll see San Saba a block north and south just west of the Holiday Inn. That’s the corner of ill repute

From 1883 until 1901 there was a house on the corner of Durango and San Saba owned by a woman named Fannie Porter. Madam Fanny Porter. Her “boarding house” was a brothel and her most famous clients were “The Wild Bunch” gang of outlaws, including Butch Cassidy, The Sundance Kid and Kid Curry. The last time the Wild Bunch is known to have visited Fannie’s place was in February 1901, between the bank jobs at Winnemucca, Nevada, and Wagner, Montana. She apparently threw a going-away party for the gang members, who scattered after that. Butch and Sundance died in Bolivia in 1908. Or, some say, 1906. Or maybe not at all. It’s still a bit of a mystery.

Fannie’s brothel sported a carpeted parlor, fine glass fixtures, and silk sheets; chilled champagne was served to special customers. It was here that Sundance hooked up with Etta Pace. In the movie, Katherine Ross played her as a prim, beautiful school teacher who took a walk on the wild side. The Pinkerton detectives chasing her paramour described her as a good looking prostitute and confidence woman. You chose. Whatever the true story, it happened right here. 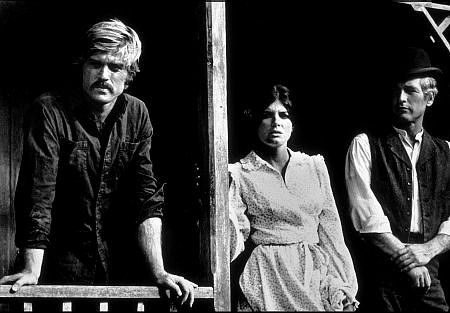