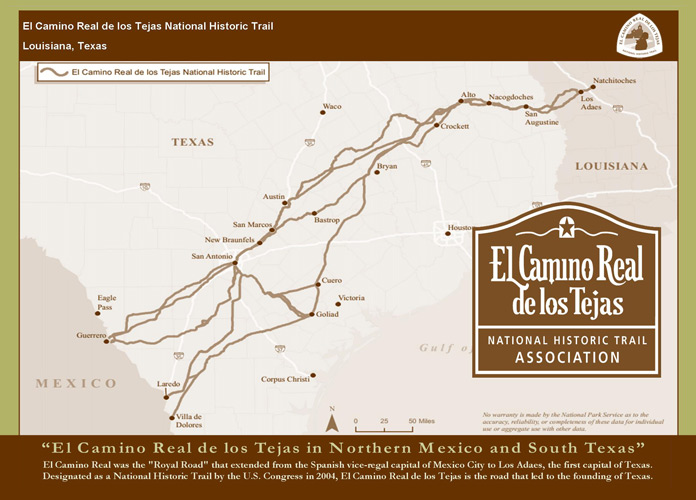 El Camino Real de los Tejas (also known as “The King’s Highway”) stretches 2,500 miles from colonial Mexico City through Texas and ends in Natchitoches, Louisiana. This trail provided the only primary overland route from Mexico across the Río Grande to the Red River Valley. Other trails such as the Lower Road, Old San Antonio Road, and Laredo Road were also created along this route to accommodate varying weather conditions, terrain, and relations with the native peoples. During the course of the eighteenth century the route between the Rio Grande and San Antonio was gradually shifted southeastward, probably as a result of the Apache and Comanche threat to Spanish travelers.

Along with missions, the Spanish built presidios to protect Spanish territory from French intrusion, as well as trading posts and ranches. Throughout the 17th century, Spain, France, and England engaged in a major power struggle to control North America.

El Camino Real de los Tejas was used extensively during the period when Texas was Spanish, then Mexican, land. When Texas became independent, trade between Texas and Mexico declined while trade between Mexico and the United States increased. The trail was briefly a way to get supplies to the Confederacy and to send cotton to Mexico, but this soon waned with the arrival of the railroad. By the mid-19th century, El Camino Real de los Tejas was no longer in use. 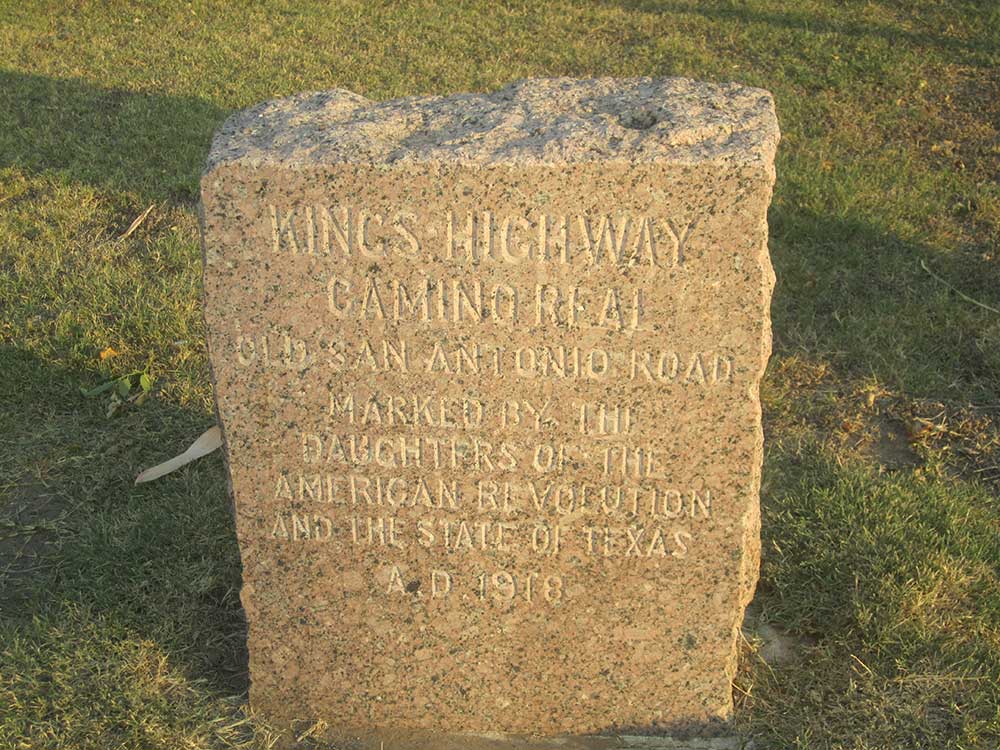