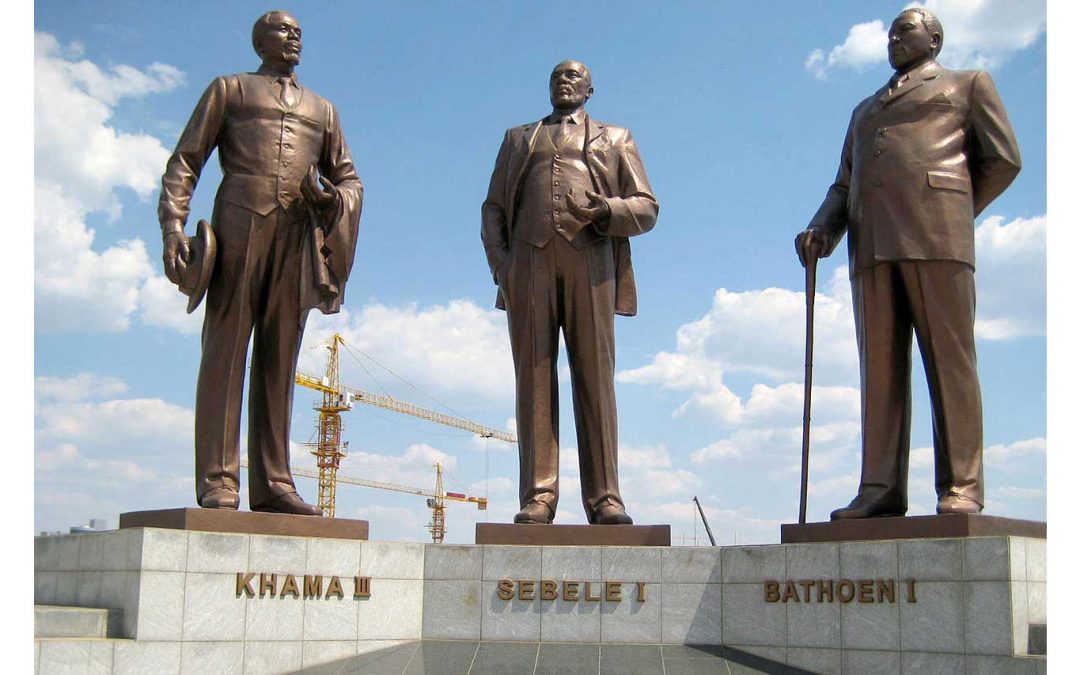 The three chiefs traveled to Great Britain in 1895 to ask Joseph Chamberlain, then Secretary of State for the Colonies, and Queen Victoria to separate what was then the Bechuanaland Protectorate from Cecil Rhodes’s British South Africa Company and Southern Rhodesia (present-day Zimbabwe.) Permission was granted, which meant that the Botswana remained under direct British rule and did not participate in apartheid. Botswana gained its independence from Great Britain in 1966.