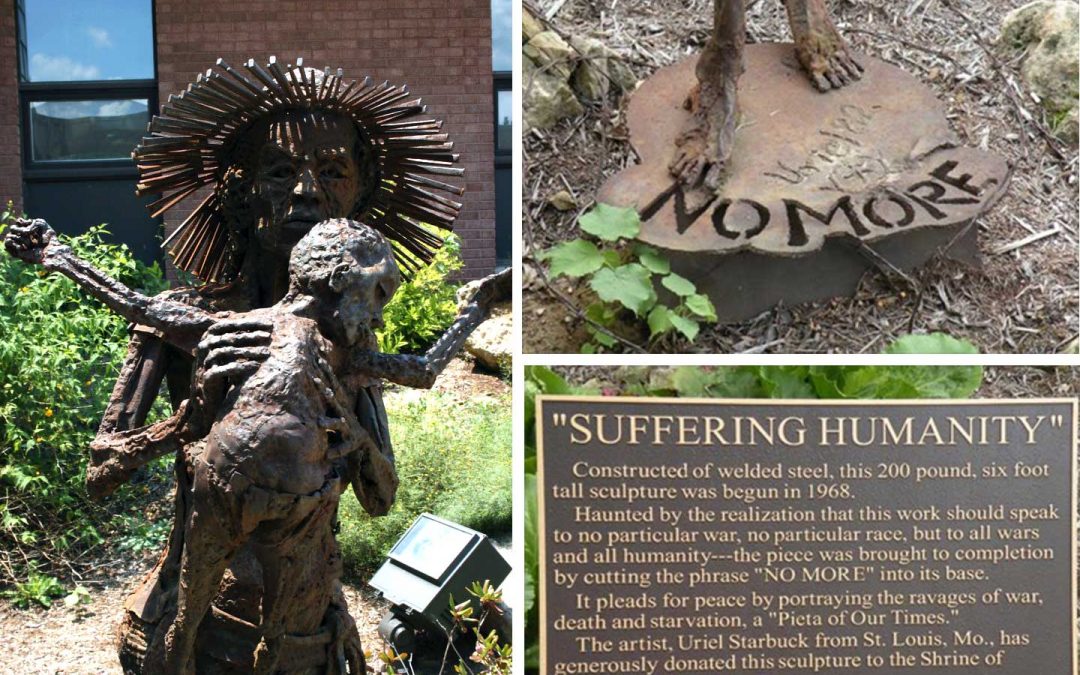 Suffering Humanity. Constructed of welded steel, this 200 pound, six foot tall sculpture was begun in 1968. Haunted by the realization that this work should speak to no particular war, no particular race, but to all wars and all humanity – – the piece was brought to completion by cutting the phrase ‘NO MORE’ into its base. It pleads for peace by portraying the ravages of war, death and starvation, a ‘Pieta of Our Times.’ The artist, Uriel Starbuck from St. Louis, MO, has generously donated this sculpture to the Shrine of Our Lady of the Snows.

The statue is on the grounds of The National Shrine of Our Lady of the Snows, a 200-acre Catholic shrine to the Virgin Mary in Belleville, Illinois, operated by the Missionary Oblates of Mary Immaculate, nine miles southeast of St. Louis. Although the sculpture was begun in 1968, at the height of the Vietnam war, the engraving on the base indicates it was not finished until 1983.