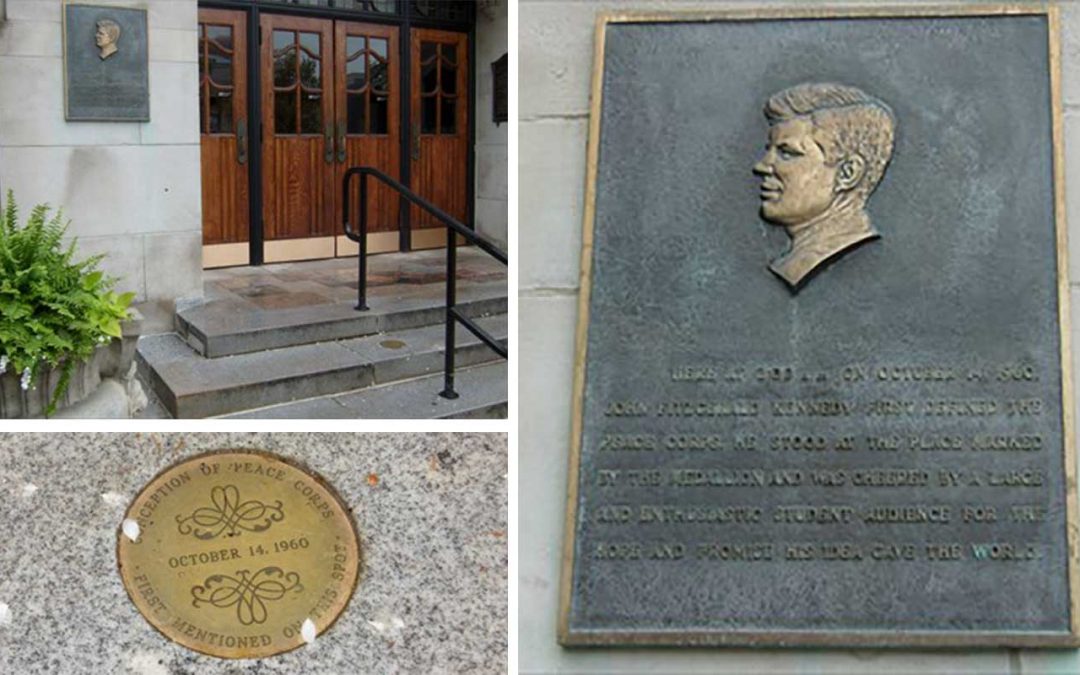 After a day of campaigning for the presidency, Senator John F. Kennedy arrived at the University of Michigan in Ann Arbor on October 14, 1960, at 2:00 a.m., to get some sleep. Members of the press had retired for the night, believing that nothing interesting would happen.

But 10,000 students at the university were waiting to hear the presidential candidate speak, and it was there on the steps of the Michigan Union that a bold new experiment in public service was launched. The assembled students heard the future president issue a challenge: How many of them, he asked, would be willing to serve their country and the cause of peace by living and working in the developing world? You can watch the speech here:

The text on the plaque says:

Here at 2:00 a.m. on October 14, 1960, John Fitzgerald Kennedy first defined the Peace Corps. He stood at the place marked by the medallion and was cheered by a large and enthusiastic student audience for the hope and promise his idea gave the world.

The plaque, and the medallion on the steps, were dedicated in May, 1964.