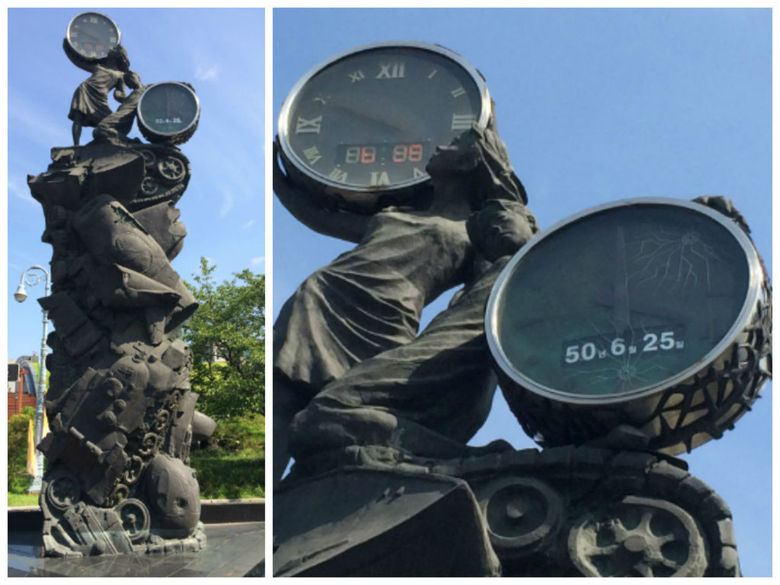 This monument is on the grounds of the War Memorial of Korea, located in Yongsan-dong, Yongsan-gu, Seoul, South Korea. It opened in 1994 on the former site of the army headquarters for the purpose of preventing war through lessons from the Korean War and for the hoped for peaceful reunification of North and South Korea.

The Peace Clock Tower symbolizes war and peace. Two girls hold two clocks: one holds the time that the Korean War began and the other the current time. At the base sits a third clock which will mark the time when unification of the Koreas occurs.

The plaque reads: “Someday when Unification is realized, this Clock will be put on the Clock Tower, and will indicate the Time of Unification.”