Monday’s Monument: Column of the Freedom of the Slaves, Ocaña, Columbia 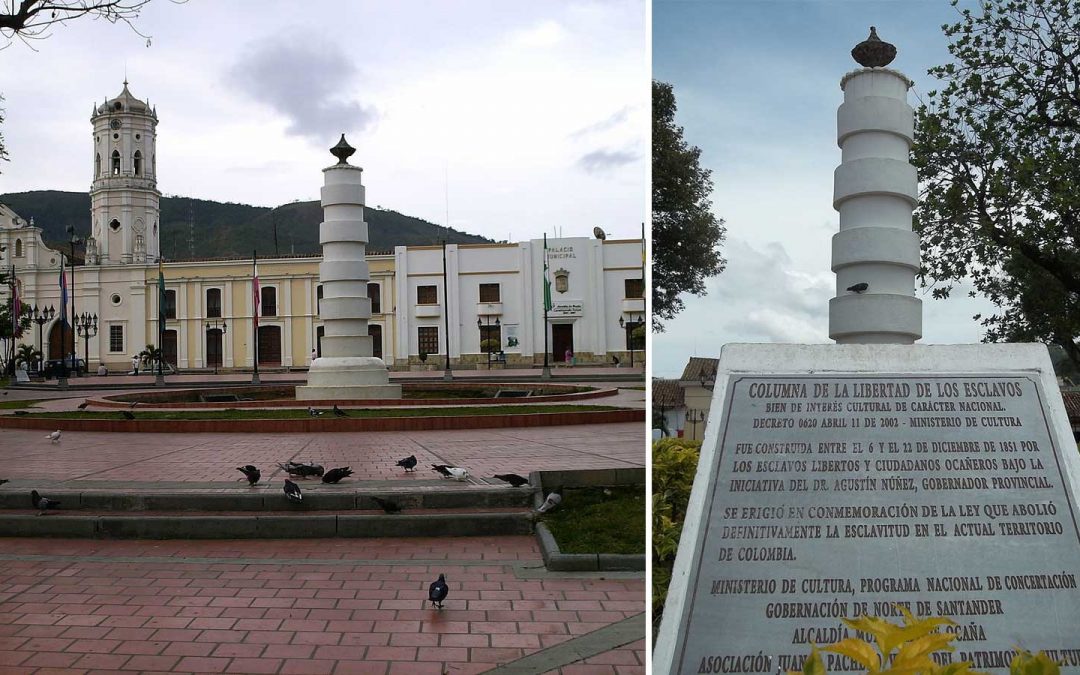 On May 21, 1851, the Republic of New Granada (present-day Colombia and Panama) declared that slavery was to be abolished. The proclamation was met with a wave of support from most levels of society; however, the decision did not come into effect until January 1, 1852.

To commemorate the end of slavery in the republic, Agustín Nuñez, the then-governor of the Ocaña Province, wanted to perpetuate this historical moment with a physical memorial. Eventually, it was decided to build a victory column with five concentric rings. Each represents a Bolivarian republic and its individual commitment to eradicating slavery. The monument was completed on December 22, 1852, after only 15 days of construction. Nuñez sought to inaugurate this memorial within the first year of slavery being banned in New Granada so it could also serve as a standing timepiece and testament to this important moment in Latin America’s history and fight for social equality.

To this day, the victory column remains the nation’s only monument commemorating the end of slavery. For this reason, and 150 years after its construction, the Ministry of Culture of Colombia declared the monument a heritage site of cultural interest, guaranteeing its conservation.