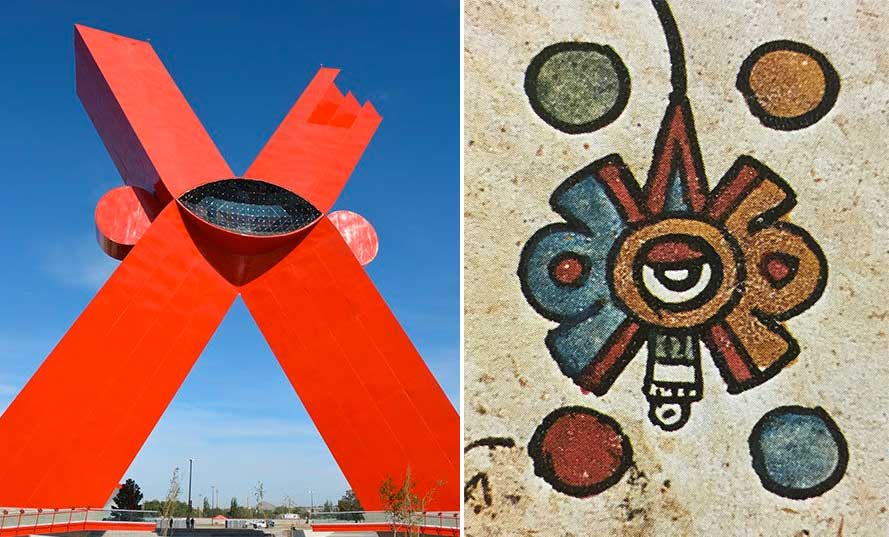 “The “X,” or “La Equis,” is a monument created by internationally known Mexican sculptor Sebastian (Enrique Carbajal González, who also sculpted the Torch of Friendship in Downtown San Antonio.)

According to Sebastian, the sculpture is a tribute to former Mexican President Benito Juárez, who changed the spelling of the country’s name in the 1800s, from Méjico to Mexico. The two intersecting arms of the “X” symbolize the mestizaje, or the merging of two cultures in Mexico — the indigenous people and the Spanish. Being the first president with indigenous blood, Benito Juárez is credited with bringing together the two races.

Sebastian also said the “X” is an Aztec religious symbol — the Nahui-Ollin — of the ancestral Mexicans. To him, it symbolizes the blood sacrifices offered to the gods during the Aztec times. The Aztec symbol is depicted above.

Ciudad Juarez is right on the border, across the Rio Grande from El Paso, Texas. In the photo below, The large “BHS” letter are on a high school football stadium there.