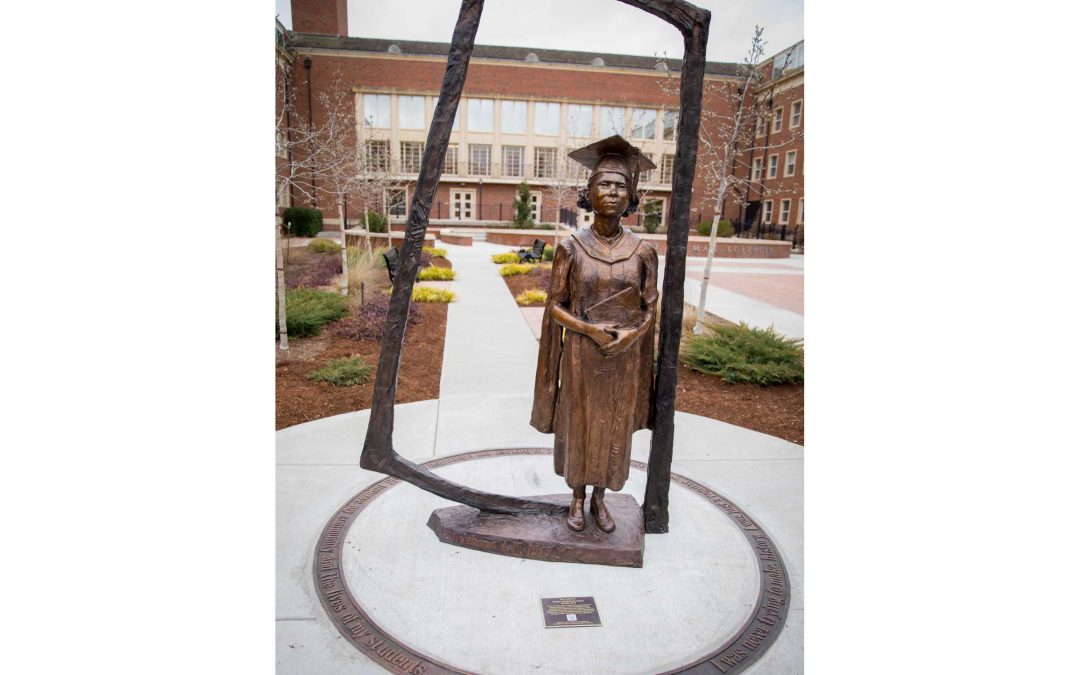 Davis earned a bachelor’s degree from Langston University in 1948 before enrolling at Oklahoma A&M, where she was required by state law to sit in the hallway outside a classroom. Her fellow students complained until she was ultimately allowed a seat in the class. She earned a master’s degree in home economics it in Oklahoma high schools for 43 years. She was active in the civil rights movement in the state including working as an adviser to the Oklahoma City NAACP Youth Council. In 2008, she received the Oklahoma Human Rights Commission Lifetime Achievement Award. She died in 2015 at age 88.

The diversity director of the university noted:

“This statue makes a statement about who we were and where we came from, but more importantly, it says something about who we are and who we aspire to be.” The message this statue sends is profound, and it’s just part of the legacy to Mrs. Davis that exists on this campus.”