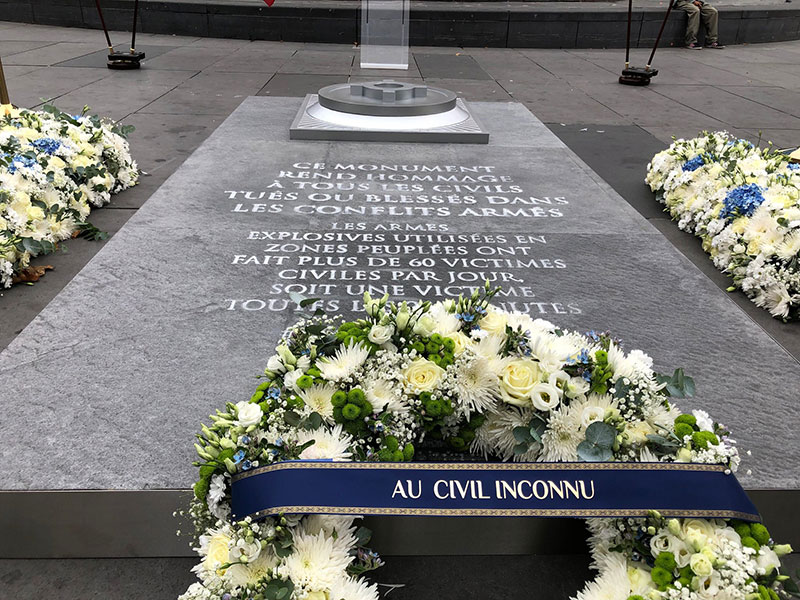 On September 26, 2019 in Paris, Humanity & Inclusion unveiled what it claims is the world’s first Monument to the Unnamed Civilian. Their goal is to “denounce the devastating pattern of modern conflict, which harms innocent civilians over and over again. In Syria, Yemen, Iraq, and other countries ravaged by urban bombing and shelling, the damages are so grave that civilians bear 90% of casualties—a figure that seems to mock the rules of war.”

Co-recipient of the 1997 Nobel Peace Prize, Humanity & Inclusion (the new name of Handicap International) is an independent organization working in situations of poverty and exclusion, conflict and disaster. Founded in1982, it is based in Lyon, France.