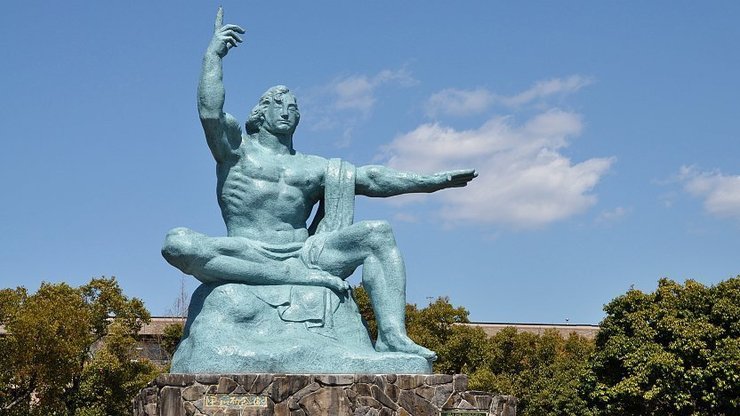 Nagasaki native son Seibo Kitamura created the 32-foot bronze, whose right arm points upward toward the threat of nuclear destruction while the left arm is extended in a gesture of peace. His eyes are closed in prayer for the dead, but his muscular figure symbolizes the strength needed by the living to keep the dream of peace alive. It was installed in 1955.

The statue is part of the Nagasaki Peace Park (平和公園, Heiwa Kōen) a tranquil space that commemorates the atomic bombing of Nagasaki on August 9, 1945, which destroyed a significant portion of the city and killed tens of thousands of inhabitants. The complex is comprised of two parks and a memorial museum.