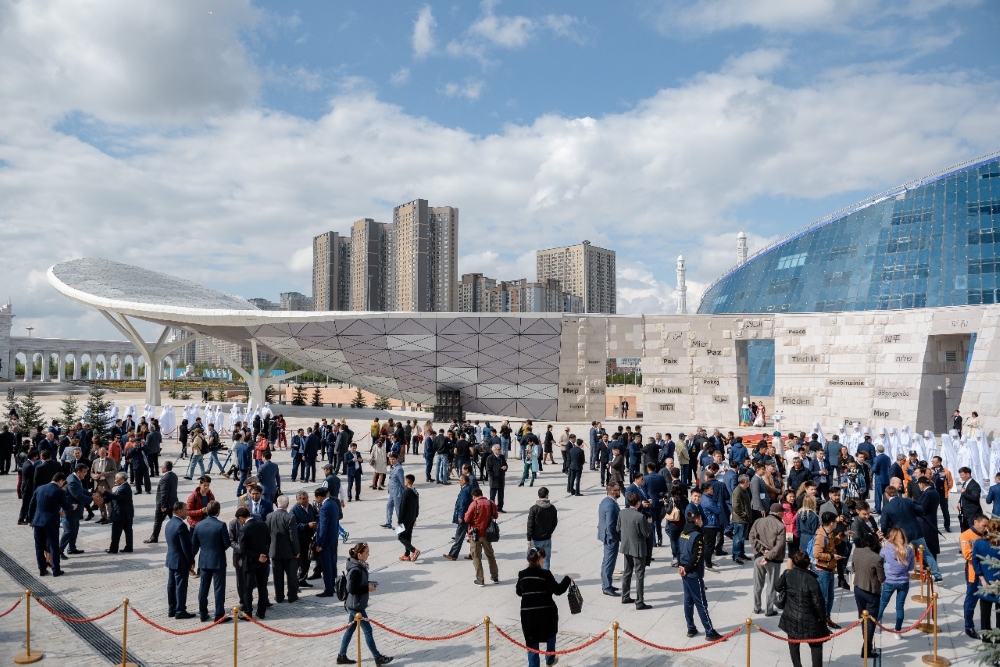 The Peace Wall was dedicated on August 29 2019 by then-President Nursultan Nazarbayev. The day is significant: it is not only the annual International Day against Nuclear Tests but also the 27th anniversary of the closing of the Semipalatinsk Nuclear Test Site. The Soviet nuclear weapons program conducted 456 nuclear weapons tests there from 1949-1989 with little regard for their effect on the local people or environment. It was the world’s largest nuclear arsenal. The monument also marks Nazarbayev’s remarkable 2016 manifesto, The World. The 21st century, which calls for not just the end of nuclear weapons but for the end of war.

The monument is made of metal and natural stone. According to the architects, the wall which creates barriers is transformed into a roof uniting and giving protection to multinational Kazakhstan in the form of a petal. This design is also symbolic of the traditional Turkic kurultai, a political and military council of ancient chiefs and khans. Engraved in the stone is the word for peace in 51 languages.