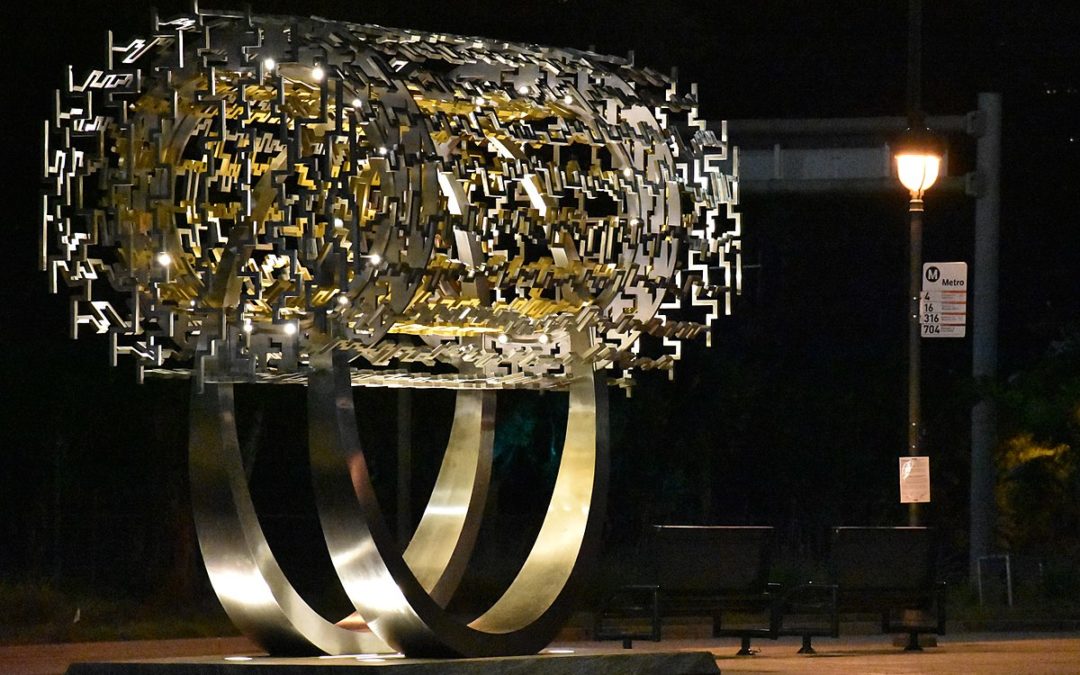 A sculpture billed as “a crowd-supported and funded public monument to freedom, cultural diversity and inclusiveness” was unveiled in July, 2017 at a festival celebrating Los Angeles’ diversity. The Freedom Sculpture in Century City was “inspired by the humanitarian ideals of freedom, respect for cultural diversity and inclusiveness that originated with Cyrus the Great of Persia. It is a large-scale contemporary interpretation of the 2,500-year-old Cyrus Cylinder, the ancient Persian artifact widely considered to be the first declaration of human rights.