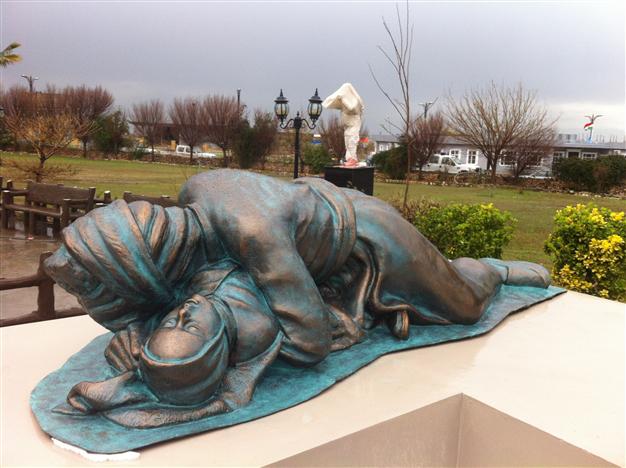 This memorial statue, dedicated to the victims of a March 13, 1988 chemical attack on the Iraqi Kurds of Halabja, was opened in the Hague in 2014, in the garden of the Organization for the Prohibition of Chemical Weapons (OPCW). The monument, inspired by a photograph named “Silent Witness” that was taken by the Turkish war journalist Ramazan Öztürk, pays tribute to the victims of the Mustard and Sarin gas attack, which killed nearly 5,000 Kurds. It depicts a father trying to protect his child from the chemical attack. The Halabja massacre  was the deadliest offensive within the al-Anfal campaign of the Saddam Hussein regime, in which some 4,000 villages were wiped out and nearly 200,000 people perished.