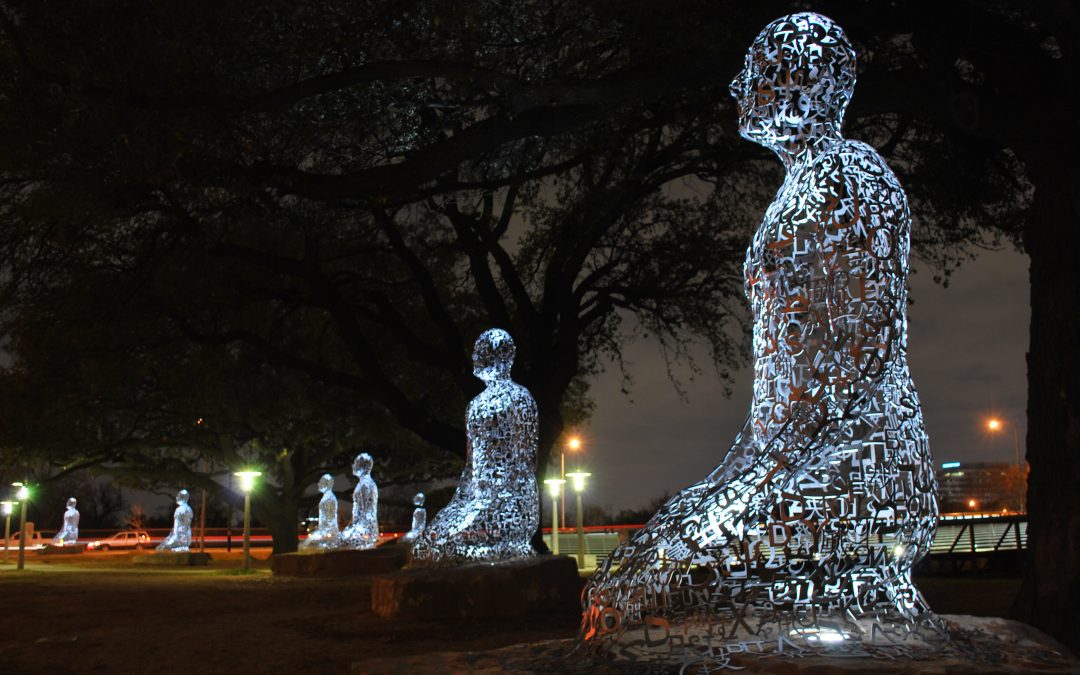 In February 2011 a group of seven 10-foot high installations called Tolerance was unveiled at Harmony Walk in Houston near the site of a planned Ismaili Center. Situated in an area designated as “Harmony Walk,” the seven Tolerance figures, representing the seven continents, celebrates the city’s culture of diversity and unity. From a distance, they all look the same—but upon close examination, they each have unique characteristics that set them apart. Each figure is adorned with characters from the alphabets of nine different languages – Latin, Hebrew, Arabic, Chinese, Japanese, Korean, Greek, Hindi and Cyrillic. The statues were created by Spanish artist Jaume Plensa. (If you visit. they are at the corner of Allen Parkway and Montrose Boulevard — 2733 Allen Parkway, in Buffalo Bayou.)